BYD Sold over 60,000 New Energy Vehicles in one month 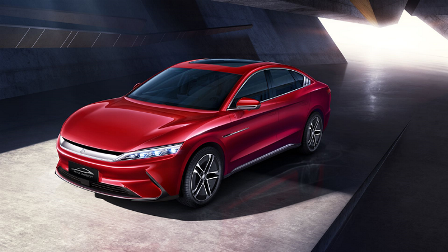 BYD Sold over 60,000 New Energy Vehicles in one month

BYD sold 67,630 passenger vehicles in August, up 90.5% YoY and 18.7% MoM. Among which, the NEVs contributed 60,508 units representing an increase of 331.9% YoY. Four consecutive months of booming sales and a series of monthly sales records underscore BYD’s successful strategic deployment and the widespread acceptance of its products in the market.

According to the data of EV Sales, in July 2021, BYD returned to the top of the global NEV sales in a single month after 26 months, surpassing Volkswagen to claim third place in terms of cumulative sales from January to July.

BYD Han, the flagship model of the Dynasty series, sold 9,035 units in August. BYD views safety as the biggest luxury of electric vehicles. This has allowed the BYD Han to increase safety performance to the highest level in the segment while allowing for optimal performance at the same time. In late July, BYD officially launched the DiLink 4.0 (5G) and the 5G Dynaudio Smart Music Cockpit upgrade package, which was developed for the Han EV all-wheel-drive high-performance flagship model, at the 2021 Chengdu Auto Show.