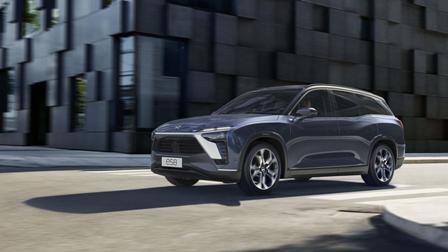 On June 11, NIO announced that it received European Whole Vehicle Type Approval (EWVTA) for the NIO ES8, its smart electric flagship SUV. The EWVTA certification marks an essential foundation for NIO’s entry into Norway and the European market at large.

The NIO ES8 for Europe is officially approved for mass production and license plate registration in all EU countries. On May 6, NIO announced its entry into Norway, NIO’s first overseas market. NIO will deliver its first model, the NIO ES8, in September this year.

Under Regulation (EU) 2018/858, the type approval certification was issued to the NIO ES8 and its systems, components, and separate technical units after corresponding engineering audits and module approvals. The EWVTA refers to the certification issued to a manufacturer for a vehicle type under the EU’s vehicle type-approval framework. The Regulation (EU) 2018/858, effective since September 1, 2020, has become the new statutory regulation for vehicle type approval in the EU. The regulation improves the independence of quality and vehicle testing and surveillance of cars already in the EU market.