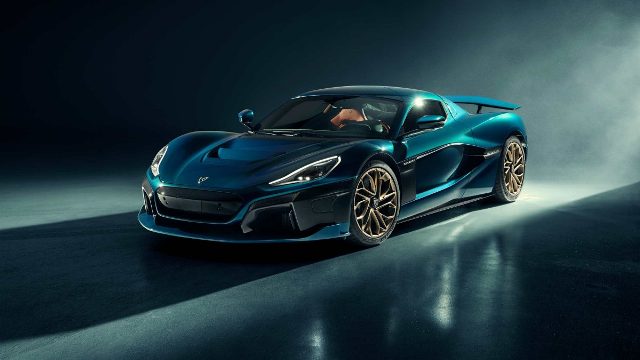 The Nevera is the production-ready iteration of the Rimac C_Two concept car, which was revealed at the International Geneva Motor Show in 2018. Since then, Rimac’s engineers have refined their new flagship on every level during an extensive development program, in the pursuit of the ultimate electric hypercar driving experience. With the majority of key components of the Nevera developed in-house at Rimac’s HQ in Croatia, all systems have been improved and enhanced since the initial prototypes to deliver on the ambitious performance targets set for at the beginning of the project in 2018.

The unique H-shaped, liquid-cooled, 120kWh, 6960-cell battery was designed from scratch by Rimac and sits at the very heart of the Nevera. Capable of producing 1.4MW of power, the Lithium/Manganese/Nickel battery also forms an integral part of the car’s core, adding 37 per cent structural stiffness to the carbon fibre monocoque. The battery’s optimum positioning low and central within the car’s floor contributes to an ultra-low centre of gravity. This helps create an excellent 48/52 front/rear weight distribution and the best possible handling balance.

Developments of the advanced battery cooling system have made it even more efficient since the introduction of the C_Two, enabling more power to be delivered for greater periods. Four bespoke surface-mounted permanent magnet motors drive the Nevera’s four wheels individually. Together, they enable 1914hp and 2360Nm of torque, which is triple the output of a ‘conventional–engined’ supercar. The front and rear wheels are each connected to a pair of single-speed gearboxes.

Capable of instantly summoning maximum torque from the first moment, the Nevera’s electric motors are 97 per cent efficient – compared with 40 per cent for the most effective internal combustion engines – and completely maintenance-free throughout their operating life.