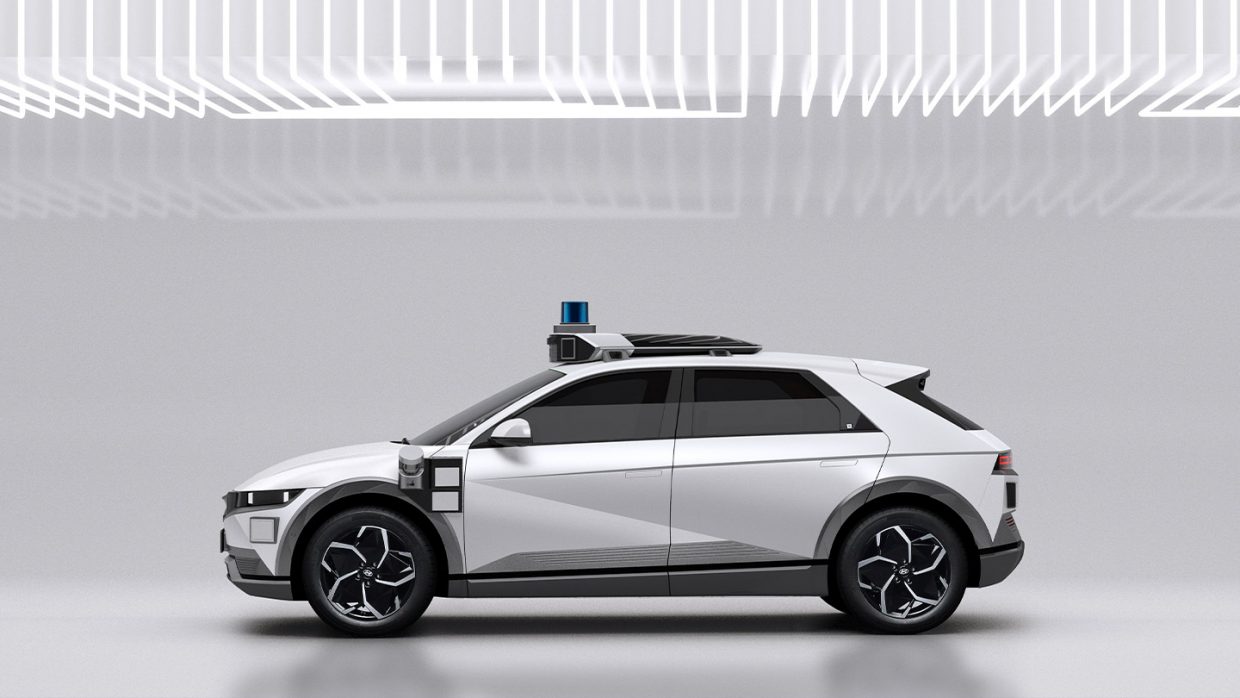 Motional, a global leader in driverless technology, and Hyundai Motor Group (the Group) unveiled the IONIQ 5-based robotaxi.

Based on the all-electric Hyundai IONIQ 5, which launched to worldwide acclaim earlier this year, the IONIQ 5 robotaxi is an SAE Level 4 autonomous vehicle that can safely operate without a driver. It’s a zero tailpipe-emissions robotaxi and represents the convergence of the two most transformative technologies in mobility: electrification and autonomy. The fusion of these technologies can make transportation smarter, safer, and more sustainable.

The vehicle’s sensor suite is prominently displayed across the exterior, easily distinguishing the robotaxi from human piloted vehicles. The robotaxi has more than 30 sensors – a combination of cameras, radars, and lidar – that provide robust 360-degree perception, high-resolution images, and ultra-long range detection of objects for safe autonomous operation in diverse driving environments.

The robotaxi will be outfitted with Motional’s proven driverless technology, which includes advanced machine learning systems — trained on decades of real world data — that enables the vehicle to safely navigate challenging and complex driving situations.