Why 2030 Isn’t The Magic Year For Electric Vehicles 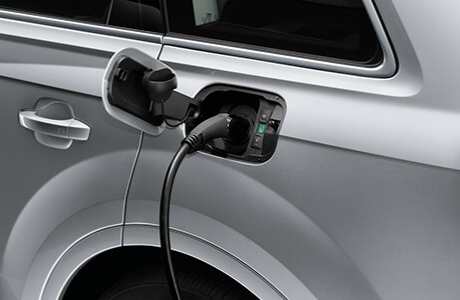 Why 2030 Isn’t The Magic Year For Electric Vehicles

It’s become common to see the year 2030 as the tipping point when auto transportation will be historically transformed — with plug-in vehicles making up 100 percent of new vehicle sales in a few countries with mandates, and that electric vehicles will take up a big share of global sales. But a new study took a deep look into the numbers and found a more realistic scenario for when EVs could make up about half of global sales; and that will be far beyond 2030.

Making 2030 the magic year comes in large part from planned mandates being made across Europe, with some of them setting even quicker targets than 2030. Norway wants to have all its new vehicles sold to be battery electric or plug-in hybrid by 2025; Netherlands is considering banning all gasoline and diesel vehicles by that year; Germany could be banning internal combustion engines by 2030; and France is considering ending gasoline and diesel car sales by 2040. But these mandates have yet to be enacted outside of the UK and its more gradual “net zero” target. There’s also zero emission mandates being pushed in China and California that would gradually mandate EV sales along with hydrogen fuel cell vehicles in growing volumes over the coming years.

The most commonly cited forecast on 2030 being the historic EV benchmark year comes from the International Energy Agency’s New Policies Scenario. The study expects that by 2030, global plug-in vehicle sales will reach 23 million for that year and the stock of owned EVs will exceed 130 million vehicles (excluding two and three- wheelers). That’s under one forecast including the impact of announced policy ambitions by several governments; the IEA scenario includes one other potential outcome where the number shoots up to 43 million with the stock coming to more than 250 million if even more stringent policies are adopted in key nations.

There’ve been other forecasts along these lines. In May 2019, mining and resources giant BHP forecasted that electric vehicles could achieve more than 50 percent share of global new vehicle sales by 2030, and 100 per cent of all vehicle sales by 2050.

The study, “Will we see transformation of ground transport by 2030?” published by auto industry newsletter, Green Auto Market, presented the numbers with year-over-year ratios on how plug-in vehicles sales have gone since their mass production first started in 2010.

The study sees it coming much closer to 2050 when new EVs could come near the 50 percent mark of new vehicle sales — based on government mandates, vast improvements in the technology, and the expectations that oil and motor fuel prices will be seeing a gradual increase over those years.

Last year saw a reverse in the market, with China’s “new energy vehicles” seeing a downturn from overall new vehicle sales facing a dramatic drop along with tightening up of generous government incentives to purchase new EVs. The US had a similar trend that’s been tied to the overall market, and fluctuations in demand similar to 2015 sales in that country. EV sales growth in Europe evened out the playing field with nearly a 10 percent growth mark for the global market; that was dramatically lower the previous seven years.

So let’s say market conditions look similar in the next few years, without big changes enacted such as a fossil fuel ban in a sizable country. What would that look like?

At the rate of 57 percent in global annual EV sales increases, plug-in vehicles would make up 100 percent of the global new vehicles sales market during 2027. That scenario would be impossible to reach aside from an unforeseen miracle.

A much lower percentage growth rate is to be expected if China were to reduce its subsidies, blockades for mandates on fuel efficient and electric vehicles continue coming from the Trump administration, downward auto sales in several countries will continue for a while, gasoline prices are staying fairly low, and challenges persist for convincing consumers and fleets to transfer over to EV purchases — charging infrastructure, battery capacity, range getting much better, and perceived long-term value and trustworthiness of transitioning over from ICEs to EVs.. More………….

Related Article: The Main Challenges For Electric Cars This Decade