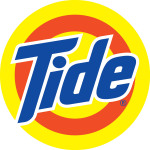 CINCINNATI–(BUSINESS WIRE)–Tide and World Wildlife Fund (WWF) are joining forces to encourage a new eco-habit in response to survey data that finds Americans are looking for more ways to save energy in their daily lives: “wash your laundry in cold water.” Washing in cold saves up to 90% of the energy in every wash cycle1 and can save Americans up to $150 a year. Put another way, switching one load from hot to cold saves enough electricity to power the average American home for over an hour2.

To raise awareness of the next impactful, energy-saving eco-habit and drive adoption of cold water wash at scale, Tide and WWF will conduct new research to better understand behavioral tipping points, including the significance of cues at the point of action in the laundry room. The goal is to use this new research to inform increasingly impactful behavior change campaigns in the race against the clock to limit the warming of the planet to 1.5 degrees by 2030.

The Big Benefits of a Simple Switch

Consumer behavior, when accompanied by infrastructure, political, and manufacturing changes has the potential to make a meaningful impact toward climate change. The potential environmental impact of Americans turning to cold water is so significant that, last year, Tide set a goal to turn 3 in 4 laundry loads to cold by 2030 as part of a series of overarching environmental ambitions.

Tide estimates that a decade of Americans washing the majority (3 in 4) of their loads in cold would save enough electricity to power all of New York City and San Francisco for over a year3. That’s the equivalent of 27 million metric tons (MT) of GHG emissions4 or nearly ten times that of P&G’s global yearly operations5.

Currently, more than half of laundry loads are done using cold water. This puts Tide roughly a quarter of the way to its 2030 cold water ambition in the first year, thanks in large part to multiple, broad-reaching brand marketing campaigns touting the benefits of cold water in the last twelve months.

“Advancing cold water adoption is our single greatest opportunity as a brand to drive positive impact for our planet, given that over two-thirds of the impact of laundry comes from the energy required to heat water in the wash cycle,” said Martin Hettich, SVP, North American Fabric Care at Procter & Gamble. “We’re very encouraged by the adoption we’ve seen thus far, but we also recognize that the urgency of climate change requires us to do more, faster. Thanks to years of research and development, washing on cold with Tide helps the planet, saves energy and saves money, while still delivering the same great clean. We believe the more consumers experience these benefits, the more likely they are to make a permanent switch to cold.”

As America’s most trusted laundry detergent, Tide has led the charge to switch to cold water washing for more than 20 years with breakthrough innovations like enzymes specifically optimized for performance in lower wash temperatures. Efforts to drive cold water adoption were advanced by the announcement of Tide’s 2030 Ambition last March, a set of broad-reaching sustainability commitments to decarbonize laundry and reduce GHG emissions across the entire laundry lifecycle, including a goal to cut GHG emissions by half in Tide’s manufacturing operations.

The urgency of climate change requires us all to continually adopt new, individual habits that, taken together again and again over time, have considerable positive impact for the planet. Consumers want to do their part to live more sustainably at home (72%, according to P&G survey6) but don’t always know where to start.

According to a survey by Tide and WWF, turning off the lights is broadly recognized by Americans as an important eco-habit (83%) with 6 out of 7 Americans saying they consciously make an effort to turn off the lights when not in use. Turning the dial to cold is an equally simple action with significant savings, but fewer than 0.5% of Americans list it as a home energy-saving eco-habit that comes to mind7.

“We have seen how the accumulation of small acts can lead to big impact. With the window for reaching our climate goals rapidly closing, it is imperative that we demonstrate in big and small ways our commitment to protect our planet for today’s inhabitants and future generations,” said Sheila Bonini, senior vice president, private sector engagement, WWF. “WWF’s collaboration with Tide will explore ways to drive more sustainable consumer behavior and build a stronger commitment to climate action overall. The climate crisis is already affecting all of us, and we don’t have time to lose.”

Tide and WWF are collaborating on new research to uncover insights on behavioral tipping points — specifically, the importance of physical cues at the point of consumer action in the laundry room. The research project will build on existing studies Tide has conducted that show that when consumers hear about the numerous benefits of cleaning in cold, they convert. For example, while nearly 70 percent of people still use either warm/or hot water to some degree when washing, over 60 percent would wash on cold if they knew it could help the environment. Moreover, when consumers do try washing in cold, they are likely to keep the habit, citing brighter whites and colors, better clothing longevity and a sense of personal accomplishment knowing they have made an environmentally friendly choice8.

1 On average, when switching from hot to cold water

2 Based on average American household electricity consumption, as reported by the U.S. Energy Information Administration
3 According to reported city-wide annual electricity usage by New York Building Congress and the California Energy Commission
4 Over the decade, 2020-2030

7Based on 2022 Tide consumer study