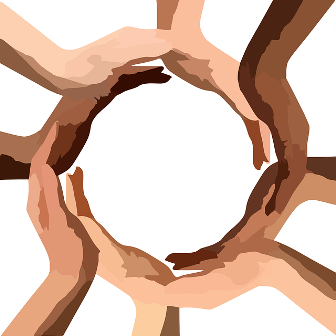 The killing of George Floyd sparked outrage and protests across the U.S. The tragedy also inspired marches in other cities around the world, where thousands of people protested racial inequality and police abuse.

In the U.S., Black people are three times more likely to be killed by police than white Americans.

In 99 per cent of police killings between 2013-2019, the officers involved were not charged with a crime.

Small wonder then that our 2017 U.S. Corruption Barometer opinion poll found that close to a third of Black Americans see the police as highly corrupt, compared to a fifth of the total population.

Corruption exacerbates the effects of discrimination, but the exact relationship between the two phenomena are still understudied. This is something we plan to closely investigate over the coming months.

We do, however, know that police abuse can take many shapes and forms, and is not a problem unique to the U.S.

In Nigeria, there is an urgent need for improved tools for citizens to report abuses by law enforcement. In the first two weeks of the coronavirus lockdown there, extra-judicial killings enforcing the regulations claimed more lives than the virus itself.

Across Africa, people think the police is the most corrupt institution in their country. As our 2019 Global Corruption Barometer – Africa survey showed, 47 per cent of Africans believe that most or all police are corrupt, with 28 per cent also saying they had paid a bribe to a police officer in the previous year.

The police also earned the highest bribery rates in our surveys of Latin America and the Caribbean and the Middle East and North Africa, where 24 and 22 per cent, respectively, said they had paid a bribe to a law enforcement officer in the past year.

UK Government Urged to accelerate the growth of the drone industry