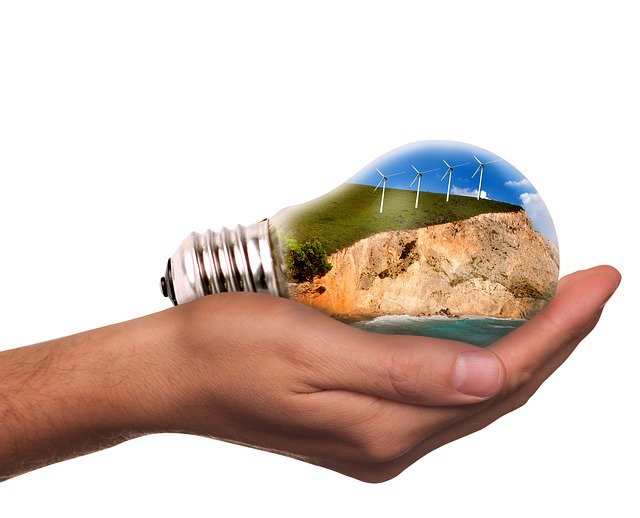 Some say Oil is On The Way Out. Some See No Easy Way Out Of Oiland Others look forward to a sustainable future with the following options. What Will Be In?

Wind power is one of the fastest-growing renewable energy technologies. Usage is on the rise worldwide, in part because costs are falling. Global installed wind-generation capacity onshore and offshore has increased by a factor of almost 75 in the past two decades, jumping from 7.5 gigawatts (GW) in 1997 to some 564 GW by 2018, according to IRENA’s latest data.

Production of wind electricity doubled between 2009 and 2013, and in 2016 wind energy accounted for 16% of the electricity generated by renewables. Many parts of the world have strong wind speeds, but the best locations for generating wind power are sometimes remote ones. Offshore wind power offers tremendous potential.

Bioenergy use falls into two main categories: “traditional” and “modern”. Traditional use refers to the combustion of biomass in such forms as wood, animal waste and traditional charcoal. Modern bioenergy technologies include liquid biofuels produced from bagasse and other plants; bio-refineries; biogas produced through anaerobic digestion of residues; wood pellet heating systems; and other technologies.

About three-quarters of the world’s renewable energy use involves bioenergy, with more than half of that consisting of traditional biomass use. Bioenergy accounted for about 10% of total final energy consumption and 1.4% of global power generation in 2015.

Biomass has significant potential to boost energy supplies in populous nations with rising demand, such as Brazil, India and China. It can be directly burned for heating or power generation, or it can be converted into oil or gas substitutes. Liquid biofuels, a convenient renewable substitute for gasoline, are mostly used in the transport sector.

Geothermal energy is heat derived within the sub-surface of the earth. Water and/or steam carry the geothermal energy to the Earth’s surface. Depending on its characteristics, geothermal energy can be used for heating and cooling purposes or be harnessed to generate clean electricity. However, for electricity, generation high or medium temperature resources are needed, which are usually located close to tectonically active regions.

This key renewable source covers a significant share of electricity demand in countries like Iceland, El Salvador, New Zealand, Kenya, and Philippines and more than 90% of heating demand in Iceland. The main advantages are that it is not depending on weather conditions and has very high capacity factors; for these reasons, geothermal power plants are capable of supplying baseload electricity, as well as providing ancillary services for short and long-term flexibility in some cases.

There are different geothermal technologies with distinct levels of maturity. Technologies for direct uses like district heating, geothermal heat pumps, greenhouses, and for other applications are widely used and can be considered mature.

Hydropower is energy derived from flowing water. More than 2,000 years ago, the ancient Greeks used waterpower to run wheels for grinding grain; today it is among the most cost-effective means of generating electricity and is often the preferred method where available. In Norway, for example, 99% of electricity comes from hydropower. The world’s largest hydropower plant is the 22.5 gigawatt Three Gorges Dam in China. It produces 80 to 100 terawatt-hours per year, enough to supply between 70 million and 80 million households.

Small-scale micro-hydropower projects can make a big difference to communities in remote locations.

The basic principle of hydropower is using water to drive turbines. Hydropower plants consist of two basic configurations: with dams and reservoirs, or without. Hydropower dams with a large reservoir can store water over short or long periods to meet peak demand.

Tides, waves and currents can be used to produce electricity. Although still at the research and development stage and not yet commercially available, promising ocean technologies include:

Wave energy, whereby converters capture the energy contained in ocean waves and use it to generate electricity. Converters include oscillating water columns that trap air pockets to drive a turbine; oscillating body converters that use wave motion; and overtopping converters that make use of height differences.

Tidal energy, produced either by tidal-range technologies using a barrage (a dam or other barrier) to harvest power between high and low tide; tidal-current or tidal-stream technologies; or hybrid applications.

Salinity gradient energy, arising from differing salt concentrations, as occurs where a river empties into an ocean. Demonstration projects use “pressure retarded osmosis”, with freshwater flowing through a membrane to increase the pressure in a tank of saltwater; and “reverse electro dialysis” with ions of salt passing through alternating tanks of salt- and freshwater.

Energy can be harnessed directly from the sun, even in cloudy weather. Solar energy is used worldwide and is increasingly popular for generating electricity or heating and desalinating water. Solar power is generated in two main ways:

Photovoltaics (PV), also called solar cells, are electronic devices that convert sunlight directly into electricity. The modern solar cell is likely an image most people would recognise – they are in the panels installed on houses and in calculators. They were invented in 1954 at Bell Telephone Laboratories in the United States. Today, PV is one of the fastest-growing renewable energy technologies, and is ready to play a major role in the future global electricity generation mix.

Solar PV installations can be combined to provide electricity on a commercial scale, or arranged in smaller configurations for mini-grids or personal use. Using solar PV to power mini-grids is an excellent way to bring electricity access to people who do not live near power transmission lines, particularly in developing countries with excellent solar energy resources.

The cost of manufacturing solar panels has plummeted dramatically in the last decade, making them not only affordable but often the cheapest form of electricity. Solar panels have a lifespan of roughly 30 years, and come in variety of shades depending on the type of material used in manufacturing.