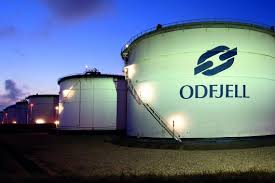 The potential bond issue will be linked to Odfjell’s fleet transition plan and ambition to reduce the carbon intensity of its controlled fleet by 50% by 2030 compared to 2008 level. The issue is supported by Odfjell’s Sustainability-Linked Finance Framework (the “Framework”). The Framework has received a Second Party Opinion (the “SPO”) from DNV GL.