Remote monitoring for the oil and gas industry 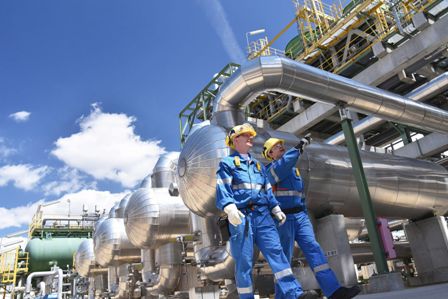 Remote monitoring for the oil and gas industry

The second line of the China-Russia crude oil pipeline began commercial operation in January 2018 and doubled China’s annual imports of Russian crude oil from 15 million to 30 million tons. The company behind the project, PetroChina Pipeline Company Limited, set a new record by constructing over 800 kilometres of pipeline in 180 days, in a high latitude, extremely cold environment. In this article, Matthew Hawkridge, chief technology officer at Ovarro, examines how TBox-MS Remote Telemetry Units (RTUs) were used in the extreme conditions of the China-Russia crude oil pipeline.

The China-Russia pipeline begins in Mohe, China’s most northern city. Located almost 53 degrees above the equator and 850 kilometres inland, this remote location exposes the pipeline to extreme environmental conditions. Part of the specification for the pipeline’s control system was the need to operate in temperatures between -52.3 and +39.8 degrees Celsius — the record temperatures for winter and summer in the region.

In collaboration with our partner, ZKCiT, Ovarro provided 22 TBox-MS Modular RTUs for pipeline monitoring and control. The RTUs perform all data acquisition, control, and communication functions and also periodically report the status of all communication equipment to the SCADA control room.

There is no heat tracing in the valve chamber and the entire control system relies solely on ambient heating from the process and other equipment. TBox RTU’s are designed to withstand temperatures across the range from -40 to +70 degrees Celsius but are pushed further than these limits during type testing.

After the pipeline’s first month of operation, ZKCiT was congratulated on the system’s performance. During January 2018, shortly after oil transportation had begun, local temperatures of -43 degrees Celsius had been recorded. Despite exceeding their stated operational limits, the TBox RTUs continued to operate successfully. For the PetroChina Pipeline Company Limited, RTUs offered better control and management capabilities, reliability, situational awareness and reduced maintenance costs, even in such remote locations and extreme conditions.