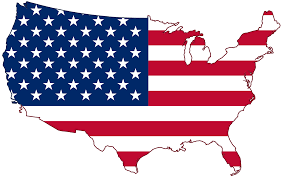 DUBLIN–(BUSINESS WIRE)–The “United States Surge Protector Market, By Type (Hard-Wired, Plug-In, and Line Cord), By Discharge Current (Below 10 kA, 10 kA-25 kA, and above 25 kA), By Component, By End-User, By Region, Competition Forecast & Opportunities, 2027” report has been added to ResearchAndMarkets.com’s offering.

The United States surge protector market is anticipated to grow at a steady rate in the forecast period, 2023-2027

The high demand for protection systems for electronic devices due to frequent power failures and the rising cost is driving the demand for the United States surge protector market.

The other factors that are expected to accelerate the market growth are the rise in the adoption of surge protection devices to protect new, innovative, and advanced electrical and electronic gadgets and the improved living standards of consumers.

Consumers have become more aware and active and are willing to spend on surge protectors to cut their electricity bills by lowering the power consumed by gadgets. The availability of surge protectors belonging to different brands and their increased use in industrial, commercial, and residential applications is further expected to boost the United States surge protector market growth over the next five years.

The rise in the use of electrical systems and the need to have a stable power quality supply is expected to fuel the demand for United States surge protector market growth. Surge protector devices protect the high-cost electronic system from getting damaged, which eliminates the need to invest in repair and maintenance costs.

The growing disposable income and increased awareness among consumers fuel the demand for technologically advanced electrical equipment. The growing adoption of electronic components in the manufacturing industries, industrial and residential sectors is creating the need to protect individual equipment and machinery from surges and transient voltages.

In the United States, the National Electrical Code, which is sponsored and published by National Fire Protection Association in Quincy, Massachusetts, is updated every three-year based on the advancements in technology and innovations. The most recent edition, which was published in 2020, pushes the requirement to install surge protection devices in their entire house.

Demand from the new and existing homes to update their existing infrastructure and protect the appliances, electronic equipment, and computers from electrical surges are expected to boost the United States surge protector market growth over the next five years.

The high-end investments by the market players to invest in research and development activities and find new technologies and innovations are expected to create lucrative growth opportunities for the market players over the next five years.

Also, the introduction of Wi-fi enabled power strips due to their capability to automatically set timers and schedules to monitor energy usage is expected to act as a positive factor for the United States surge protector market in the coming years.

For more information about this report visit https://www.researchandmarkets.com/r/lqpdhw

ResearchAndMarkets.com is the world’s leading source for international market research reports and market data. We provide you with the latest data on international and regional markets, key industries, the top companies, new products and the latest trends.