74% of Equinor total purchases is from Norwegian suppliers 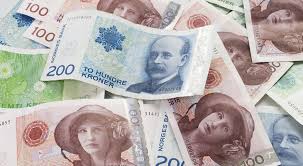 74% of Equinor total purchases is from Norwegian suppliers

In 2020, Equinor purchased goods and services worth NOK 150.8 billion from around 8500 suppliers globally. NOK 112 billion, i.e. 74% of total purchases, went to suppliers with a Norwegian billing address.

“During the last years we have seen a steady growth in the Norwegian content of our total procurements. The trend continued also in 2020, which was a difficult year for the industry. This is an acknowledgement of the competence and innovation skills of the Norwegian suppliers who win contracts in tough international competition,” says Arne Sigve Nylund, Equinor’s executive vice president for Technology, Projects and Drilling.