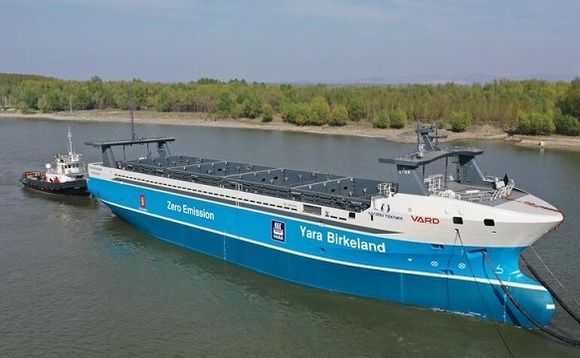 World’s first fully autonomous and electric cargo ship will launch on its first commercial operation later this year, which if successful could transform the highly-polluting shipping industry.

The MV Yara Birkeland will travel between two Norwegian towns – Herøya and Brevik –without any crew onboard, carrying freight that would usually be carried by land according to media reports.

The vessel will replace 40,000 lorry journeys a year, according to its operators, as well as significantly reduce NOx and CO2 emissions.