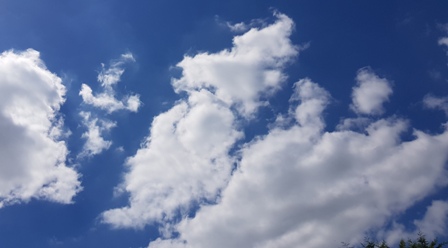 AUSTIN, Texas–(BUSINESS WIRE)–Dastur International, Inc. and Dastur Energy (Dastur) announced the successful completion of the Techno-Economic Feasibility of the Indian Oil Corporation Limited’s (IOCL) Carbon Capture and Utilization Project at the 13.7 mtpa Koyali refinery in Gujarat, India. The project was funded by a grant from the United States Trade and Development Agency (USTDA).

The project, as designed, provides IOCL with a technically and economically viable solution for capturing up to almost 0.7 mtpa (million tonnes per annum) of carbon dioxide from its Steam Methane Reforming (SMR) based Hydrogen Generation Units (HGU) at a very competitive cost structure. The captured CO2 will be primarily used at the Oil and Natural Gas Commission’s (ONGC) Gandhar oilfields for enhanced oil recovery (EOR) from its maturing oil wells. A part of the captured CO2 is also expected to be liquefied and purified to 99.9% for supply to food and beverage sector consumers.

The carbon capture solution designed by Dastur would allow IOCL to substantially decarbonize its HGU operations and support IOCL’s strategy of producing clean hydrogen. The project also supports the Government of India’s mandate of decarbonizing the oil & gas sector. With carbon accounting likely to become a reality in developing carbon markets, this carbon capture project can be expected to provide a competitive advantage to IOCL in the form of carbon credits in the international markets.

Shri S.S.V. Ramakumar, Director (R & D) and Board member of IOCL, said, “The project and Dastur’s work provide a blueprint for IOCL and ONGC to pursue the ambitious goal of combining industrial-scale carbon capture with CO2 EOR in India. Dastur and its partners evaluated different CO2 sources and carbon capture technologies from multiple vendors to engineer a techno-economically feasible solution that we can implement within the constraints and challenges of a large and complex operating refinery. The novel use of advanced gas processing to provide an extremely competitive cost of carbon capture bodes well for the future success of the project.”

Atanu Mukherjee, President and Chief Executive Officer of Dastur, said, “I want to thank IOCL and our partners for their contribution in achieving a globally competitive cost of CO2 capture, including opex and capex in this design and charting the path forward for the first industrial-scale CCUS project in India. Carbon capture and its effective utilization is a central building block for enabling the future transition to net zero. We are committed to supporting our clients worldwide in implementing effective energy transition plans, whether it be at North America’s first carbon capture project at the blast furnaces at Cleveland-Cliffs’ Burns Harbor steel plant or a Middle East oil major’s recent plan to capture multi-million tonnes of CO2 for large scale EOR.”