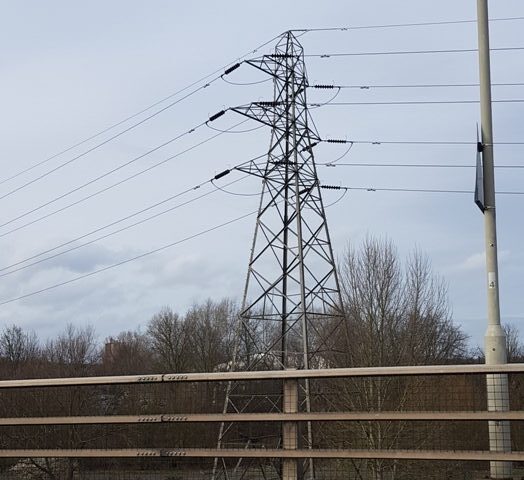 The WMEG, which is made up of 14 western utilities, plans to explore the potential for a staged approach to new market services including day-ahead energy sales, transmission system expansion, power supply and grid solutions, and existing and emerging public policies.

“Utilicast is excited to continue supporting our clients in this ambitious project to create a roadmap for greater regional market solutions in the West,” said Brian Holmes, Utilicast Director of Western Markets. “Having worked extensively in support of the evolution of independent system operator and regional transmission organization markets throughout North America, we look forward to helping the WMEG decide which path forward best meets their needs.”

The group also hopes to identify market solutions that can help achieve carbon reduction goals while supporting reliable, cost-effective service for customers. WMEG anticipates Utilicast will develop this roadmap before the end of summer 2022.

With the recent addition of Los Angeles Department of Water and Power and Public Service New Mexico, the WMEG now consists of 14 entities representing nearly 70,000 MW of load and 13 million customers across the Mountain West, Desert Southwest, and Pacific Northwestern part of the Western Interconnection.

Many of the organizations in the group are currently participating in, or preparing to join the California Independent System Operator’s Western Energy Imbalance Market or Southwest Power Pool’s Western Energy Imbalance Service Market. WMEG’s discussions will not impact participation in or evaluation of those markets, as the group is focused on long-term market solutions.

APS serves more than 1.3 million homes and businesses in 11 of Arizona’s 15 counties, and is a leader in delivering affordable, clean, and reliable energy in the Southwest. The company is committed to serving customers with 100% clean power by 2050. As owner and operator of Palo Verde Generating Station, the nation’s largest producer of carbon-free electricity, and with one of the country’s most substantial renewable energy portfolios, APS’s current energy mix is 50% clean. With headquarters in Phoenix, APS is the principal subsidiary of Pinnacle West Capital Corp. (NYSE: PNW)

Black Hills Corp. (NYSE: BKH) is a customer focused, growth-oriented utility company with a tradition of improving life with energy and a vision to be the energy partner of choice. Based in Rapid City, South Dakota, the company serves over 1.3 million natural gas and electric utility customers in eight states: Arkansas, Colorado, Iowa, Kansas, Montana, Nebraska, South Dakota and Wyoming. More information is available at www.blackhillscorp.com.

Idaho Power, headquartered in vibrant and fast-growing Boise, Idaho, has been a locally operated energy company since 1916. Today, it serves a 24,000-square-mile area in Idaho and Oregon. The company’s goal to provide 100% clean energy by 2045 builds on its long history as a clean-energy leader that provides reliable service at affordable prices. With 17 low-cost hydroelectric projects at the core of its diverse energy mix, Idaho Power’s residential, business and agricultural customers pay among the nation’s lowest prices for electricity. Its 2,000 employees proudly serve more than 600,000 customers with a culture of safety first, integrity always and respect for all.

About Los Angeles Department of Water and Power

The Los Angeles Department of Water and Power (LADWP) is the nation’s largest municipal utility, with 8,019 megawatts (MW) of electric capacity and serving an average of 435 million gallons of water per day to the more than 4 million residents of Los Angeles, its businesses and visitors. For more than 100 years, LADWP has provided the city with reliable water and power service in a cost effective and environmentally responsible manner

NV Energy provides a wide range of energy services to more than 1.5 million customers throughout Nevada and a typical tourist population of 54 million annually. NV Energy, Inc. is a holding company whose principal subsidiaries, Nevada Power Company and Sierra Pacific Power Company, do business as NV Energy. NV Energy is headquartered in Las Vegas, Nevada. Information about NV Energy is available on the company’s website, Twitter, Facebook and YouTube pages, which can be accessed via nvenergy.com.

Innovating to power a better future for the West, PacifiCorp operates the largest grid in the western United States, serving the growing energy needs of 2 million customers through 17,645 miles of transmission lines over a service area of 141,503 square miles. Our operating divisions are leaders in providing safe, reliable and sustainable low-cost power. Pacific Power serves 800,000 customers in Oregon, Washington and California. Rocky Mountain Power serves 1.2 million customers in Utah, Idaho and Wyoming.

Portland General Electric (NYSE: POR) is a fully integrated energy company based in Portland, Oregon, with operations across the state. The company serves approximately 900,000 customers with a service area population of 2 million Oregonians in 51 cities. PGE owns 16 generation plants across Oregon and other Northwestern states and maintains and operates 14 public parks and recreation areas. For over 130 years, PGE has delivered safe, affordable and reliable energy to Oregonians. Together with its customers, PGE has the No. 1 voluntary renewable energy program in the U.S. PGE and its 3,000 employees are working with customers to build a clean energy future. In 2020, PGE, employees, retirees and the PGE Foundation donated $5.6 million and volunteered 18,200 hours with more than 400 nonprofits across Oregon. For more information visit www.PortlandGeneral.com/news.

With headquarters in Albuquerque, PNM is the largest electricity provider in New Mexico, serving more than 530,000 customers in dozens of communities across the state. PNM is a subsidiary of PNM Resources, an energy holding company also headquartered in Albuquerque. For more information, visit PNM.com

Puget Sound Energy is proud to serve its neighbors and communities in 10 Washington counties. PSE is the state’s largest utility, supporting 1.2 million electric customers and nearly 900,000 natural gas customers. The company aspires to be a beyond net zero carbon energy company by 2045. For more about PSE, visit pse.com or follow on Facebook and Twitter.

SRP is a community-based, not-for-profit public power utility and the largest provider of electricity in the greater Phoenix metropolitan area, serving more than 1 million customers. SRP is also the metropolitan area’s largest supplier of water, delivering about 750,000 acre-feet annually to municipal, urban and agricultural water users.

Seattle City Light, one of the nation’s largest publicly owned utilities, generates and delivers affordable, reliable and environmentally responsible power to the homes, businesses, and communities we serve. We provide carbon-neutral electricity, generated primarily from carbon-free hydropower, to over 900,000 residents in Seattle and the surrounding areas.

TEP provides safe, reliable electric service to more than 438,000 customers in Southern Arizona. For more information, visit tep.com. TEP and its parent company, UNS Energy, are subsidiaries of Fortis Inc. (TSX/NYSE: FTS), which owns utilities that serve more than 3 million customers across Canada and in the United States and the Caribbean. For more information, visit fortisinc.com.

Xcel Energy (NASDAQ: XEL) provides the energy that powers millions of homes and businesses across eight Western and Midwestern states. Headquartered in Minneapolis, the company is an industry leader in responsibly reducing carbon emissions and producing and delivering clean energy solutions from a variety of renewable sources at competitive prices. For more information, visit xcelenergy.com or follow us on Twitter and Facebook.

Lamborghini presents the Invencible and Autentica

Bentayga EWB to be auctioned at The Naples Winter Wine Festival