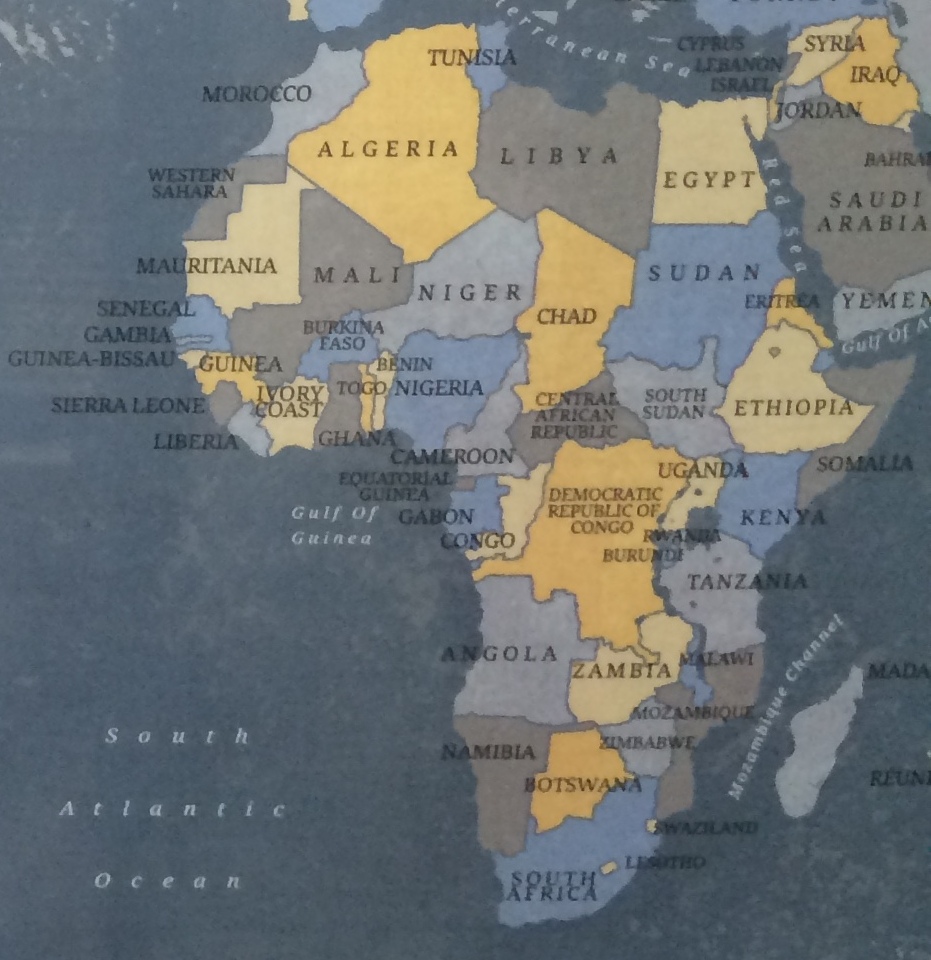 Russia And China Face-Off For Nuclear Dominance In Africa

Russian nuclear power is one continent closer to taking over the world. This week the Rwandan parliament approved a plan for the Russian state-owned nuclear conglomerate Rosatom to build a brand new nuclear research facility, along with a nuclear reactor, in the Central African nation’s capital city of Kigali.

This hard-won development comes as the latest step in a decades-long aggressive lobbying effort on the part of the Russian government and more specifically Rosatom to woo African nations into making deals with Russia, ostensibly for profit as well as influence on the African continent.

German media company DW News reported earlier this week about the Kigali nuclear center, “The Center of Nuclear Science and Technologies, planned for completion by 2024, will include nuclear research labs as well as a small research reactor with up to 10 MW capacity.” And the Rwandan plant is just the beginning.

“Ethiopia, Nigeria and Zambia have signed similar deals with Rosatom, while countries such as Ghana, Uganda, Sudan and DRC have less expansive cooperation agreements.”

Russia’s assertive move into Africa intensified considerably on the heels of the introduction of Western Sanctions in 2014. After Canada, the European Union, and the United States all imposed sanctions on Russia in response to what they saw to be the illegal annexation of the Crimean peninsula in Ukraine, Moscow has had to look from friends and trading partners in other corners of the globe.

As Afripolitika geopolitics analyst Ovigwe Eguegu told DW News, “For Putin to remain relevant in Russia, he really has to ensure that Russia has a big influence […] That’s why he is looking at African markets so he has more parties to partner with when it comes to international issues.”

While Africa is often overlooked as a political power, altogether the African nations represent the single-biggest voting bloc in the entire United Nations.

Although Russia’s efforts to win over African nations have been redoubled since the early 2000s, the Soviet Union has a history of alliances with the continent, but after the fall of the USSR, many, if not most, of those relationships fell to the wayside. “While the Soviet Union had a close relationship to various African states during the Cold War,” reports DW, “Russia’s trade balance with Africa is one-tenth of that of China, meaning it needs to look for other means to get a foothold on the continent.”

Both China and Russia have been busily expanding their nuclear energy sectors as nuclear falls out of fashion and out of favor in the west. Indeed, the United States, the world’s biggest nuclear energy producer, accounting for a whopping third of global nuclear energy production, is poised to be overtaken. China is on track to take France’s spot as the world’s number two nuclear generator by 2022 and then go on to dethrone the U.S. just four years after that. Meanwhile, in the United States, there are legitimate concerns as to whether the domestic nuclear energy sector will even survive the COVID-19 economic downturn.

While Russian nuclear’s push into Africa is big news for global geopolitics, however, it has been entirely overshadowed by some sinister news in the world of Russian nuclear this week. A massive uptick in radiation levels in Europe and especially in Scandinavia have European leaders sounding the alarms this week. While many have pointed the finger at Russia and a possible nuclear reactor leak, Russia has unilaterally denied these claims. Now, some experts are even questioning whether the radiation is actually the result of a Russian weapons test.

Either way, it’s certainly worrying news coming from the country with the “world’s biggest nuclear company by foreign orders” and rapidly expanding influence. While many have not yet taken notice of Rosatom’s push into Africa, it will certainly have a lasting impact felt around the globe.

Most News articles reported on OilAndGasPress are a reflection of what is published in the media. OilAndGasPress is not in a position to verify the accuracy of daily news articles. The materials provided are for informational and educational purposes only and are not intended to provide tax, legal, or investment advice. OilAndGasPress welcomes all viewpoints. Should you wish to provide a different perspective on the above article, please email us info@OilAndGasPress.com