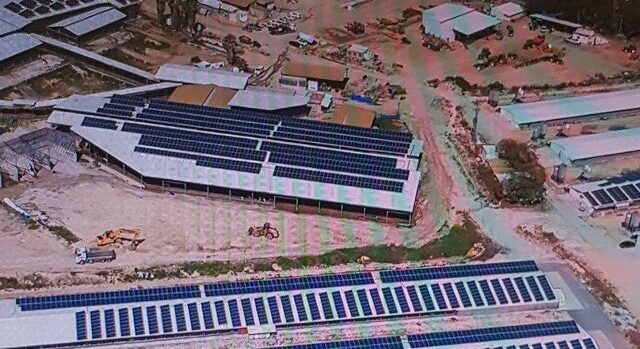 Less than two years after announcing their entry to the Italian market, Nofar Energy and Noy Fund extend their European operations significantly. Nofar and Noy today reported they have executed an agreement to buy 90% of the stock (shareholder loan) of a corporation that holds two solar projects in Spain with a total capacity of 235.5 megawatts.

The project comprises two phases: the Sabinar 1, with an estimated capacity of 152.5 MW, and the Sabinar 2, with 83 MW. The two projects, whose construction will start shortly, are located near the Olmedilla Photovoltaic Park in Castilla de la Mancha in central Spain. The Olmedilla project, which is still under construction, will offer a capacity of 169MW, bringing the total capacity of the three projects to ~404MW.

The investment will be effected via Andromeda Solutions, a company held by Noy Fund (60%) and Nofar Energy (40%)

The deal, including the construction costs, will total € 180 million. The projected annual revenues are €22 million and the projected yearly EBITDA exceeds €18 million.

The construction of the project’s first phase will start in Q3 2021, with the second phase starting one or two quarters later. Both phases were given the material permits, including the State’s environmental compliance, development, and construction permits. The power supply to the projects had been secured too.

Nofar and Noy will fund the initial stages of the project with their resources. The funding strategy for the consequent stages will be determined based on the availability of funding sources in Spain and Israel, as well the existence of Power Purchase Agreements (PPAs) and their viability given the projected evolution of Spain’s energy market in the coming years.

This is the third deal entered by Noy and Nofar’s joint venture, positioning it as a strategic player in Spain’s renewable market. Noy will invest in the project through its Noy 3 and Noy 4 funds, which recently raised ILS 2.2 billion from Israel’s prominent institutional investors, including Altshuler Shacham, Clal, Phoenix, Migdal, Amitim, Psagot, Metav Dash, Jewish Colonia Trust (JCT), and more.