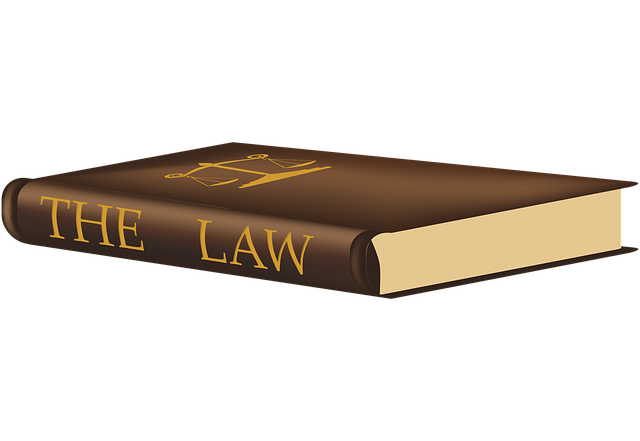 A recent decision of the English Commercial Court which will be of significant interest to oil and commodities traders, a defendant seller successfully argued that a claimant buyer had no right to reject a cargo of off-specification fuel oil feedstock as the contractual specifications were intermediate terms rather than conditions. It was also held that the extent of the defendant’s breach did not substantially deprive the claimant of the whole benefit of the contract and, therefore, could not be said to be repudiatory. Instead, the wrongful rejection by the claimant was repudiatory. The decision also contains a full analysis of each party’s claim to damages arising from their respective breaches.

In October 2018, the defendant, an oil trader, contracted with the claimant, also an oil trader, to sell, FOB, four parcels of low-sulphur straight run fuel oil (“SRFO”), the residual fuel oil which emerges from the primary refining of crude oil. SRFO is used as a feedstock for secondary refining processes and individual parcels may be blended with others for efficient shipment or to fit refinery requirements. The contract contained several specifications which the first two parcels failed to meet, though the parties were able to resolve their differences (including by agreeing a discount for the second parcel). The claimant used this second parcel as part of the blend to fulfil a forward contract, though it became concerned about the quality of future parcels.

One significant fact in this dispute was that, owing to a fall in market prices, a specification compliant third parcel on delivery would have been worth substantially less than the contract price which the buyer had agreed to pay. On 9 February 2019, the defendant received non-contractual test results on the third parcel, the sulphur content being 1.47% against a guaranteed maximum of 1.30%. The defendant informed the claimant of the results and both parties explored the possibility of a discount in the likely event that the cargo was off-specification. Following several exchanges between the parties, the parcel was loaded at the contractual delivery port onto the claimant buyer’s vessel which proceeded to Malta with the claimant still reserving its right to reject the cargo.

On 12 February 2019, the first of the contractually required ship’s sample test results indicated that the third parcel was indeed off-specification, the sulphur content being 1.53% against the same guaranteed maximum of 1.30%. Based on this, the claimant rejected the cargo by email that day. Two days later, the full report confirmed that the third parcel was also off-specification for vanadium and P-value. Following the vessel’s arrival at Malta, the defendant agreed to take back the cargo, which it blended and sold in the US.

The claimant sued for breach of contract due to the third parcel being off-specification and claimed damages equalling the wasted expenditure of dealing with the cargo (essentially the wasted vessel hire and related costs).

The defendant argued that these losses were caused by the claimant’s wrongful rejection of the third parcel, which it claimed was a repudiatory breach and counterclaimed for damages. That counterclaim included the costs of changes to its hedging arrangements once it decided to blend and sell on the third parcel. Although those costs initially formed a significant part of the counterclaim, the figure was ultimately judged to be relatively small following the submission of expert evidence.

The court held that the specifications were not conditions but intermediate terms for a number of reasons, including that:
The specifications were not described as conditions and there was no specified automatic right to reject if they were not met;
The 14 guaranteed parameters (including sulphur content, vanadium and P-value) were seen more as standard quality specifications rather than part of the product description;
There would be an imbalance in the commercial risk and power between the parties if a buyer was able to reject a cargo of a naturally occurring product due to any deviation from (even) guaranteed levels. This was particularly the case if testing was done by ship’s sample after the loading of the cargo;

The specifications did not “mark some clear watershed between the acceptable and the unacceptable“, as the market in which the parties operated could accommodate products of different specifications;
The parties were both oil traders whose business involved the upgrading or downgrading of parcels within larger blends. Therefore, it was less likely that the expectation would be that a single breach of specification could automatically lead to rejection; and
The parties’ negotiation of a discount for the second (off-specification) parcel and attempt to do the same for the third indicated that deviations were economically remediable.
Having decided that the specifications were intermediate terms, the court went on to conclude that the admitted breaches did not entitle the claimant to reject the third parcel. This was also based on a number of factors, including that:

The contractual benefit which the claimant intended to obtain was the delivery of a parcel of SRFO meeting the agreed specifications which it would be able to utilise as a trader;
Expert evidence relating to industry-accepted specifications, marketability and refinery requirements indicated that SRFO at 1.53% sulphur was not substantively different to SRFO at 1.30% sulphur;

It was agreed that a difference in specification on this scale affected the value of a product (hence the claimant sought to negotiate a discount for the third parcel) rather than whether it could be used as intended, undermining the argument that the claimant deprived of substantially the whole benefit or a substantial part of the benefit of the contract; and

Oil traders have the agility to make the most of off-specification cargoes, as the claimant did when it blended the second (off-specification) parcel. It was therefore held that the claimant’s purported rejection of the cargo was itself a repudiatory breach, and was followed by a further breach of non-payment, both of which the defendant accepted.

Although the court accepted that, in principle, a claimant could measure their loss by reference to expenditure wasted by reason of the breach, in this case it was held that the claimed wasted expenditure was in fact wasted due to the claimant’s own breach in wrongly rejecting the cargo. As a result, the claimant was only entitled to nominal damages for the defendant’s failure to supply SRFO which met the contractual specification.

The key issue for the court assessing the defendant’s counterclaim was the appropriate discount to be given off the contract price to reflect the defendant’s own breach. Noting the inherently complicated nature of the exercise in circumstances where there is not an available market and adopting an admittedly “broad brush assessment”, the court concluded that the appropriate discount was that which was in fact agreed on the second parcel. When that figure was taken into consideration, the value of the counterclaim was entirely extinguished and, in fact, the defendant had even made a small profit over and above its claimed losses, including the hedging expenses. In relation to hedging losses, the court did not consider that the defendant’s hedging arrangements represented unreasonable mitigation of its own loss.

This reflects earlier decisions such as Choil Trading SA v Sahara Energy Resources Ltd[1] in which the claimant was entitled to recover US$2.2m in hedging losses which represented “losses attributable to a reasonable attempt at mitigation” and indicates that the courts will, in principle, allow hedging costs to be claimed.

This case illustrates the importance of describing key contractual specifications as conditions if the buyer wishes to have a clear right to reject. The court stated that commercial parties may be reasonably expected to have said so if striking such a balance. Absent such wording, the court will interpret the contract and any specifications by reference to several factors, including product characteristics, market practices and the course of dealings between the parties.

The decision also highlights that, although one party may be in breach, the other may run the risk of a repudiatory breach if it wrongfully rejects a cargo, which may ultimately have a dramatic effect on the damages available. If there is uncertainty as to whether one party’s breach entitles the other to reject, it may be prudent to accept the off-specification cargo, perform the contract and then claim for breach of contract and damages.

Finally, the neutral outcome in terms of damages illustrates that hard-fought cases on quantum can be unpredictable.