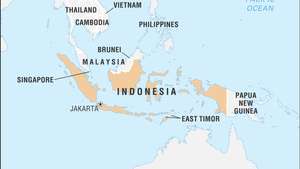 Eni, through its subsidiary Eni Indonesia, signed today a Memorandum of Understanding with SKK Migas for cooperation on exploration activities in Indonesia. The MoU defines the framework for further cooperation in the processing and interpretation of seismic data owned by the Republic of Indonesia by using Eni’s proprietary technologies and facilities, including the Green Data Centre supercomputers in Ferrera Erbognone, Italy, as well as seismic imaging algorithms.

This agreement represents a further international recognition for Eni’s technological resources, in particular the computing and processing capabilities of its Green Data Center in Ferrera Erbognone, where Eni’s computer systems, HPC4 and HPC5 supercomputers, are located.

Therefore, the cooperation between SKK Migas and Eni in Indonesia continues. The company, also following the start-up of gas production from Merakes, last April, and the positive results of the Maha-2 appraisal well in the West Ganal block off the coast of Indonesia, in June, is considered as one of the Country’s main partners.