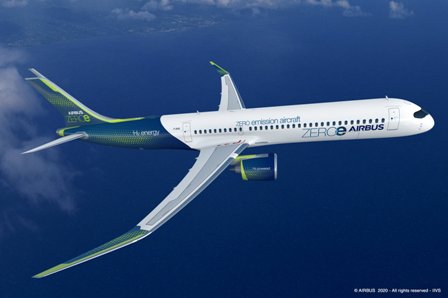 Airbus, German research centre DLR, Rolls-Royce and SAF producer Neste have teamed up to start the pioneering ‘Emission and Climate Impact of Alternative Fuels’ (ECLIF3) project looking into the effects of 100% SAF on aircraft emissions and performance.

Findings from the study – to be carried out on the ground and in the air using an Airbus A350-900 aircraft powered by Rolls-Royce Trent XWB engines – will support efforts currently underway at Airbus and Rolls-Royce to ensure the aviation sector is ready for the large-scale use of SAF as part of the wider initiative to decarbonise the industry.

Fuel-clearance engine tests, including a first flight to check operational compatibility of using 100% SAF with the aircraft’s systems, started at Airbus’ facilities in Toulouse, France, this week. These will be followed by the ground-breaking flight-emissions tests due to start in April and resuming in the Autumn, using DLR’s Falcon 20-E ‘chase plane’ to carry out measurements to investigate the emissions impact of using SAF. Meanwhile, further ground tests measuring particulate-matter emissions are set to indicate the environmental impact of SAF-use on airport operations.

Both the flight and the ground tests will compare emissions from the use of 100% SAF produced with HEFA (hydroprocessed esters and fatty acids) technology against those from fossil kerosene and low-sulphur fossil kerosene.

The SAF will be provided by Neste, a leading worldwide supplier of sustainable aviation fuel. Additional measurement and analysis for the characterisation of the particulate-matter emissions during the ground testing will be delivered by the UK’s University of Manchester and the National Research Council of Canada.