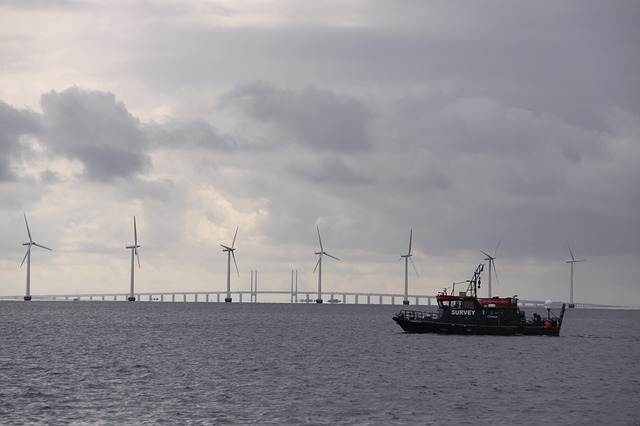 Secretary of the Interior Deb Haaland and Secretary of Commerce Gina Raimondo today announced approval of the construction and operation of the Vineyard Wind project — the first large-scale, offshore wind project in the United States. The Secretaries were joined in the announcement by labor leaders who have been working to ensure that the project is built and maintained by union labor.

The 800-megawatt Vineyard Wind energy project will contribute to the Biden-Harris administration’s goal of generating 30 gigawatts of energy from offshore wind by 2030. The project will be located approximately 12 nautical miles offshore Martha’s Vineyard and 12 nautical miles offshore Nantucket in the northern portion of Vineyard Wind’s lease area. It will create 3,600 jobs and provide enough power for 400,000 homes and businesses.

“A clean energy future is within our grasp in the United States. The approval of this project is an important step toward advancing the Administration’s goals to create good-paying union jobs while combatting climate change and powering our nation,” said Secretary of the Interior Deb Haaland. “Today is one of many actions we are determined to take to open the doors of economic opportunity to more Americans.”

“Today’s offshore wind project announcement demonstrates that we can fight the climate crisis, while creating high-paying jobs and strengthening our competitiveness at home and abroad,” said Secretary of Commerce Gina Raimondo. “This project is an example of the investments we need to achieve the Biden-Harris administration’s ambitious climate goals, and I’m proud to be part of the team leading the charge on offshore wind.”

Today’s Record of Decision (ROD) grants Vineyard Wind final federal approval to install 84 or fewer turbines off Massachusetts as part of an 800-megawatt offshore wind energy facility. The project is expected to create 3,600 area jobs and will power up to 400,000 homes. Turbines will be installed in an east-west orientation, and all the turbines will have a minimum spacing of 1 nautical mile between them in the north-south and east-west directions, consistent with the U.S. Coast Guard recommendations in the Final Massachusetts and Rhode Island Port Access Route Study.