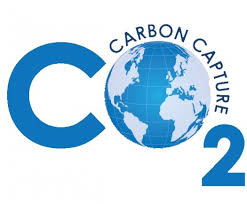 The plans, underpinned by a new cooperation agreement between the two companies, would support the UK’s transition to net zero and accelerate the decarbonisation of the Humber, the UK’s largest and most carbon-intensive industrial cluster. The projects have the potential to create thousands of skilled jobs and revitalise a key industrial heartland.

The two decarbonised power stations, which would form a ‘clean power hub’ near Scunthorpe, North Lincolnshire, would be among the first in the world to utilise CCS and hydrogen technologies. Keadby 3 and Keadby Hydrogen would replace older, carbon-intensive generation on the electricity grid, providing flexible and efficient power to support intermittent renewable generation and maintain security of supply through the net zero transition.

These projects would also result in the Humber making a significant contribution to the UK’s 2030 targets for CCS and hydrogen. Keadby 3 could deliver 15% of the target for 10MT of carbon captured annually by 2030, while the demand from Keadby Hydrogen could account for a third of the 5GW hydrogen production goal.