Neste Porvoo refinery due for major maintenance work and inspections 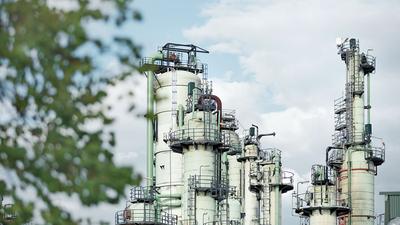 Neste Porvoo refinery due for major maintenance work and inspections

After thorough planning work, the Porvoo refinery is preparing to execute a major turnaround starting in April. The duration of the turnaround is approximately 12 weeks. The shutdown of the process units will begin in stages on Monday 5 April 2021. After the maintenance work, the refinery is expected to be operating normally by the end of June.

In the major turnaround, the refinery is subject to regulatory inspections, maintenance works and selected asset improvement initiatives that are required for the refinery’s operations. The total investments of the Porvoo refinery major turnaround are estimated to be around EUR 330 million.

“Major turnaround is a significant investment to secure safety, availability and competitiveness of the Porvoo refinery for the next operating cycle. During the turnaround, we will execute several investment projects related to the development of the refinery, including extensive asset, automation and electrification renewals,” says Marko Pekkola, Executive Vice President, Oil Products.

In order to manage the pandemic situation during the turnaround, a detailed health security plan has been prepared. It defines the planned extensive measure to mitigate the impacts of the coronavirus. The measures include, for example, mandatory usage of face masks, keeping a safe distance and enhanced hand hygiene at the site, a negative test result prior to entering the site and regular testing during the turnaround, as well as effective monitoring of compliance throughout the turnaround.

“We at Neste are committed to arranging a safe working environment during the Porvoo major turnaround. In all turnaround related works, we ensure the health and wellbeing of our employees, suppliers and partners, especially during the exceptional corona pandemic situation. We work closely and in good cooperation with various authorities and follow the Finnish state and regional guidelines and requirements strictly,” explains Hannele Jakosuo-Jansson, Senior Vice President, HR, HSSEQ and Procurement.

The turnaround will not affect the product deliveries to Neste’s customers. The Neste harbour and distribution terminal in Porvoo are operating normally during the major turnaround.

Haskel Collaborates With Total on Hydrogen Refuelling Station in the Netherlands