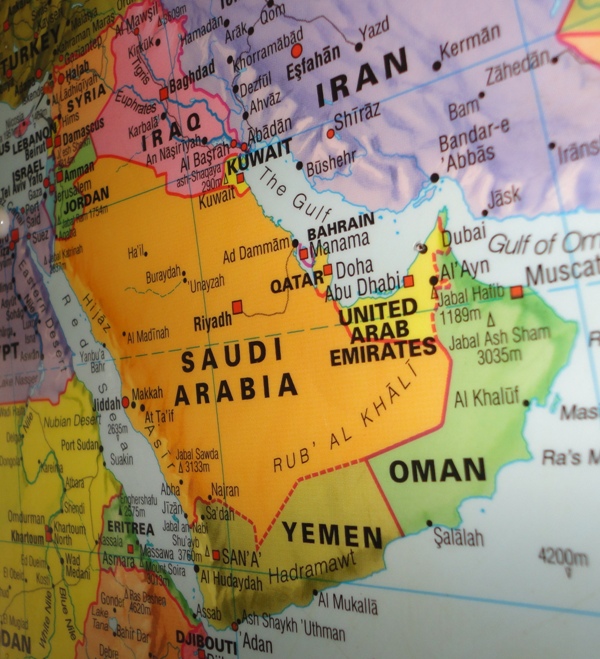 Petrel has three areas of interest. Iraq, where we have had a presence since 1999, Ghana, where discussions are ongoing since 2008 and offshore Ireland, where Petrel operated in the 1980s and re-entered six years ago.

Petrel is active once more in Iraq after a hiatus since 2010 due to political and financial instability. We negotiated a large exploration block, Block 6, in the Western Desert in 2005. Nothing has happened there in the recent past. In discussions in early 2020, before the Covid-19 pandemic, with Ministry officials we renewed our Block 6 interest and re-presented the technical slides done by the Company on the Merjan-Kefl-West Kifl oil discoveries which remain undeveloped. We did extensive work under a Technical Co-operation Agreement on possible ways to develop these discoveries.

With appropriate terms and pipeline access, the Merjan oil-field seems poised for early development: it was discovered, as an oil reservoir, by Mobil in 1982, but work did not proceed, mainly for political reasons.  Petrel’s work on Merjan did not suggest that the area was gas-prone. The discovery well – Me-1- was located using 2D seismic on a Jurassic reef. No reef or oil was found in the Jurassic, but the well discovered oil in the Upper Cretaceous Hartha Formation.  Recent analysis of 3D data focusses on the Jurassic seismic feature, and does not discuss the nature of any hydrocarbons in the well or the area. The Hartha reservoir in the well tested oil and water, without a significant flow of gas.

Given the scope to reduce emissions through gas development, we should also bear Iraq’s gas potential in mind:  a staggering 16 billion cm (0.6 tcf) of gas are flared yearly (including valuable liquids), which is about half Iraq’s gas output.  We proposed gas and condensate recovery on Subba & Luhais, at various times, from 2004 through 2010, but the necessary legal framework was not then in place.  With appropriate terms and infrastructure, gas economics are also attractive.

As lowest cost oil producer Iraq is well poised to benefit from the development of the oil market. Their output can easily double in size.

Petrel holds a 30% interest in the Tano 2A block (Clontarf 60% and local interests 10%) Negotiations began in 2008, were finalised in 2010 and ratification was expected shortly thereafter. The saga has dragged on for close to a decade. In the past year high level contacts were reopened. A series of meetings proposed for March 2020 were cancelled indefinitely due to the pandemic.

Despite low oil prices, offshore Ghana remains attractive with good geology and acceptable financial terms. In recent weeks the country is re-opening from lockdown so the cancelled meetings are expected to occur by year end.

This is sad scene. State policy has effectively stymied offshore exploration. All new licences are banned and while existing licences may proceed it is highly probable that any discovery will not be commercialised, it will likely take years to get an exploration permit, if ever, and maybe decades to get planning permission in the face of a small vociferous objecting minority

Petrel holds a 10% working interest in Licence FEL 11/18 in the Porcupine. Excellent work has been done by the operator Woodside Petroleum but it is difficult to see how Woodside will commit the tens of millions to drill.

The acquisition of a 29% stake by the Tamraz group in July 2019 was widely welcomed by shareholders followed by approval to go to 51%. The new investors were unable to complete the purchase of the additional shares while the ownership of most of the 29% became uncertain. High Court proceedings stopped any dealings in shares held by the Tamraz Group. This position persists though there is ongoing contact.

Petrel is well funded for ongoing activities. The focus is once again Iraq.

The world oil and gas industry has taken a public relations hammering in recent times yet world demand continues, and will continue, to grow. Society is very dependent on oil, gas and petrochemicals. As an example, the world in 2020 relies on sterile plastic packaging for syringes, PPE, etc.

Our daily lives are improved by a multitude of hydrocarbon based products. Renewables are growing and will continue to grow, but for the coming decades, oil and gas will be the dominant source of energy. This will require new discoveries, Petrel will play a part in this.