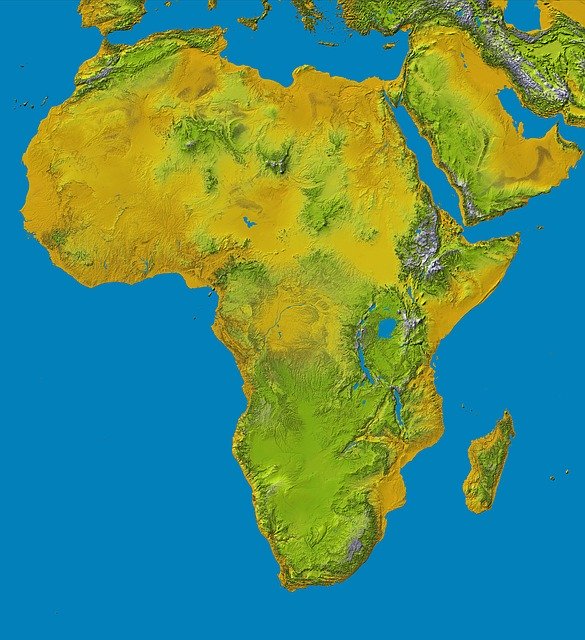 Angola, Senegal, Cameroon, Ghana and Nigeria among the most hard hit

African oil-producing and reliant countries have been among the most hard hit by the COVID-19 pandemic and declining oil price. In particular, Senegal, Nigeria and Angola continue to face new challenges each day amid the threat of economic fallout.

In 2020, the Angolan government led by H.E. President João Lourenço, had set out to focus on economic diversification and uplift the country from nearly five years of recession. However, in the face of the oil price slump, the oil-reliant country has slowed the implementation of its planned economic reform strategy, which had included the privatization of state-owned companies and plans to reduce public debt to less than 60 percent of GDP by 2022 from approximately 90 percent in 2018 and, over 100 percent in 2019.

In response to the current market instability, the Angolan government which relies heavily on oil revenue has declared a state of emergency and made the decision to review its national budget. With this, it will object its budget on a reference oil price of $35 per barrel maximum – a significant cut from the initially drawn up $55 per barrel, Finance Minister Vera Davis de Sousa revealed on Friday, explaining that the country’s oil production is expected to tumble to 1.36 million barrels per day(bpd).

Further, Davis de Sousa shared that Angola would also be freezing 30 percent of its goods and services budget and its CAPEX would be suspended pending completion of the budget review. Meanwhile, the Angolan sovereign wealth fund has agreed to offer $1.5 billion on condition of future repayments through increased tax in the Bank of Angola’s growing debts.

“In this time, the Angolan economy will be best served by swift government action,” said NJ Ayuk, Executive Chairman of the African Energy Chamber. “With the finance minister already confirming that the country’s economy will shrink by 1.21 percent this year, signally a fifth year of recession, Angola needs a solid action plan that involves intense renegotiation strategies with domestic and foreign creditors, if it is to make it out on the other side,” he added.

Since discovering oil and gas in 2014, the West African country emerged as a major player in the global oil and gas industry, with it moving rapidly on setting up a new Petroleum code in 2019, creating new entities such as COS-Petrogaz and revising local content regulations. As a result, the country has enjoyed increased foreign investment and entry of international majors. However, global market turbulence has had a hard knock-on effect on Senegal’s promising oil future.

In particular, the country’s first oil development, the $4.2 billion Sangomar deepwater offshore project has suffered immense pressure as project partner FAR Ltd fails to finalize debt arrangements. Citing current environment as a major contributor, FAR said: “the company’s ability to close the Sangomar Project debt arrangements that were ongoing during this time have been compromised such that the lead banks to the senior facility have now confirmed that they cannot complete the syndication in the current environment,” adding that neither the junior nor mezzanine facilities that were being arranged will be able to be completed for the foreseeable future. Project operator, Woodside and partner Cairn, continue to explore other options to see through project development.

The current global environment also stands to slow down the country’s other activities in the sector specifically, the country’s first offshore licensing round which was launched earlier this year by the national oil company, PETROSEN as a means to further push the countries exploration and production.

Though the government is yet to share incentives for companies to continue activities, it has set up a fund to support the local economy.

“Senegal is undoubtedly one of the most promising oil and gas producers Africa has to offer. Led by H.E. President Macky Sall, the country is primed for new growth and investment. Despite what is happening in the global market, we hope to see Senegal build on its eight oil and gas discoveries, and enjoy first oil from the Sangomar oil field and first gas from BP’s Greater Tortue Ahmeyim LNG project,” said NJ Ayuk, Executive Chairman of the African Energy Chamber.

As it stands, Senegal has also seen Cairn Energy reduce its planned investment to below $330 million from the initial forecast of $400 million.

Nigeria is projected to suffer substantial revenue losses. With it having planned for an oil price of $57 in 2020, the low oil price presents massive struggles for Africa’s largest oil producer. To this point, Group Managing Director of the Nigerian National Petroleum Corporation, Mele Kyari said at a crude oil price of $22 per barrel, high-cost oil producers like Nigeria should count themselves out of the business.

To this, the Atlantic Council has predicted that COVID-19 would cause the country to suffer the biggest lost in the continent with $15.4bn, representing about 4% of the nation’s GDP, a fair assessment considering the country has over $58bn in oil projects set to suffer delays or cancellations.

Though the country is yet to announce incentives for continued oil exploration and production, it is set on protecting its oil production which contributes generously to its economy. Specifically, the country’s petroleum regulator has, according to Reuters, ordered oil and gas companies to reduce their offshore workforce and move to 28-day staff rotations in order to avoid the spread of coronavirus.

“Nigeria is at risk to suffer the biggest loss. With the low oil price pushing the country to cut its budget and companies to reduce their CAPEX, the global is waiting to see Nigeria’s next move,” said NJ Ayuk, “Although it is hard to see the light for Nigeria, with the commitment of companies and resilience of the government, the country can certainly weather the storm, “ he added.

The fall in oil prices coupled with COVID-19 has also had heavy impacts on Ghana’s oil industry, which has been on a path of steady growth for over 10 years since Kosmos Energy’s oil discovery west of Cape Three Points in the country’s offshore. And, more recently, Springfield Group’s historic 1.5 billion barrels.

Having set a benchmark of $58.66 oil price per barrel until the end of 2020, Ghana’s projected oil revenue is set to take a hit, with analysts already predicting the country will get half its projected revenue.

“If prices should stay around the US$30 mark, then the government is less likely to get half of the revenue that it projected. Already, we’ve seen Tullow cut back it’s production. So aside the international fall in crude oil price that we have to match with in selling our own bit of oil that we get as a country, production is also falling in our own shores,” said Paa Kwasi Anamua Sakyi, Executive Director at the Institute for Energy Security.

According to an analysis of the economic and financial impacts released by the Press Secretariat of the CEMAC Economic and Financial Reforms Programme, Cameroon can expect a three percent drop in growth in light of the global crisis.

Operations in the oil also stand to be affected with the country already seeing a turn. Specifically, with companies such as Tower resources declaring force-majeur on its development in the Thali block in the country’s offshore. The company also revealed that activity on the NJOM-3 offshore well may also be suspended.

Although the government has not announced any incentives for continued activity in the sector, it has acknowledged the non-oil commodities that will contribute the most to the country’s economic decline.

Now is an extremely challenging time for African oil development, the African Energy Chamber encourages Africa’s oil producing countries to adapt to the changes, implement incentives and plan for the future. This global crisis can only be worked through with continued commitment, support and collaboration.

Submitted by: APO Group , on behalf of African Energy Chamber.