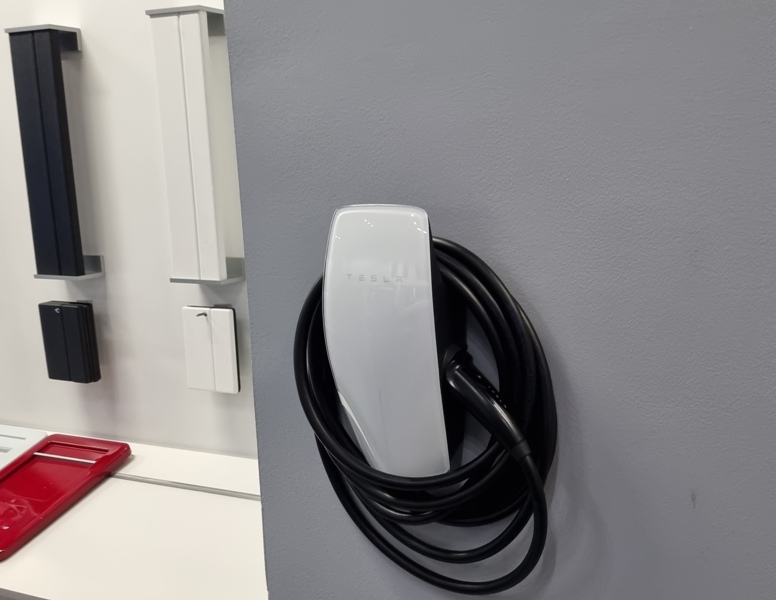 ADNOC, a reliable and responsible provider of lower-carbon intensity energy, today announced at the Abu Dhabi Sustainability Week (ADSW) it has signed a contract with Distant Imagery, a UAE-based environmental technology company, to plant 2.5 million mangrove seedlings across Abu Dhabi using innovative drone planting technology adopted by the Environment Agency – Abu Dhabi (EAD). The new contract, that comes within the framework of the Abu Dhabi Mangrove Initiative and the existing partnership with EAD, enables ADNOC to accelerate its mangrove planting activities by deploying drones that can disperse over 2,000 mangrove seeds in roughly eight minutes, reinforcing the company’s commitment to plant up to 10 million mangroves in Abu Dhabi by 2030. Read More

Since 2020, TotalEnergies invested in a number of landmark floating and fixed-bottom wind projects, in both mature and growth regions across Europe and Asia. This has positioned us as a key player in the industry – with cumulative wind power generation capacity of more than 3.5 gigawatts – and contributed to our goal of being one of the world’s top 5 renewable energy companies.

Large-scale projects in the pipeline set to start operations in the years to come include:

Erebus, a pioneering floating wind project located off the coast of Wales in waters 70 meters deep, making TotalEnergies one of the first movers in this technology in the United Kingdom, the world’s largest offshore wind market. Seagreen, the largest fixed-bottom offshore wind project in Scotland, with a production capacity of 1,140 megawatts, equivalent to the daily electricity consumption of one million homes in the United Kingdom.
Bada, the biggest floating offshore wind project in the world, with a production capacity of 500 megawatts, which we are developing off the coast of South Korea in partnership with Macquarie.
In 2022, we launched new projects to reinforce our wind energy development positions. The Company has also expanded its area of activity by establishing its offshore wind activities in North America. Projects that will be added to TotalEnergies’ offshore wind portfolio include:

New York Bight, the Carolina Long Bay offshore wind farm project with a generating capacity of over 1GW, enough to power over 300,000 U.S. homes. The project’s goal is to be operational by 2030.
The acquisition of 50% of Clearway, a leading player in renewable energies in the United States: In May 2022, TotalEnergies has announced the signing of agreements with Global Infrastructure Partners (GIP) to acquire 50% of Clearway Energy Group (CEG), the fifth largest U.S. player in renewable energies. Clearway Energy Group (CEG) is a developer of wind and solar renewable energy projects.
West of Orkney, an offshore wind project planned along the coast of Scotland that will begin in 2030. With a production capacity of 2GW, it will be TotalEnergies’ largest renewable energy project to date.
All these projects symbolize our ambition to achieve carbon neutrality in 2050, together with society. Read More

Air conditioning systems are an integral part of modern cars and ensure pleasant temperatures in all seasons. Volkswagen goes one step further in the new ID.7 and for the first time uses an air conditioning system that performs faster cooling or heating of the vehicle interior before the start of a journey. Among other things, this is made possible by electronically controlled air vents that distribute the air throughout the vehicle interior as soon as the driver approaches with the key. The new, smart automated air conditioning system also reacts to voice commands and takes into account the position of the sun as well as individual user preferences. The result is an increase in comfort with which the new electric saloon will set standards in its class. Read More

First VW model with detection of the sun’s position

When the automatic function is activated, the smart system reacts to its climatic surroundings. For example, a sensor in the area of the windscreen detects the incident angle of the sunlight in conditions with high outside temperatures and high solar intensity. If the sun is shining strongly onto one side of the vehicle, the ID.7 adapts the air conditioning to an even greater extent for the warmer zones: first towards the respective area of the vehicle interior, and then in a second step specifically towards the vehicle occupants.

Market launch of the ID.7 in 2023 Following the ID.3, ID.4, ID.5 and ID.6 (only in China) and the ID. Buzz, the ID.7 will be the sixth model of the all-electric ID. family. After the ID.4, it will be the second global vehicle from Volkswagen based on the modular electric drive matrix (MEB). The world premiere of the ID.7 is scheduled for the second quarter of 2023. The market launch of the electric saloon in China and Europe is planned for this year. North America will follow in 2024. Read More

The U.S. discounts come hot on the heels of recent price reductions in China, Japan, and South Korea as Tesla looks to reignite demand against growing competitive threats. As long as the market believes Tesla will use price drops to stoke demand, the stock is likely to stay under pressure as investors attempt to model 2023 earnings power for the electric carmaker. Second, the market needs to hear realistic unit volume growth for Tesla and get comfortable with it. Read More

The well is being drilled by KCA Deutag, with final depth of around 4,700 metres expected to be reached in June this year. Neptune Energy’s Managing Director in Germany, Andreas Scheck, said: “The Adorf Carboniferous field development is one of our most promising activities in Germany and demonstrates our desire to grow the business here. “The Adorf field is already an important contributor to domestic energy supplies in Germany, providing enough gas to heat more than 100,000 households.”

The Adorf Carboniferous gas field was discovered in 2020 and the first well – Adorf Z15 – was brought into production in October the same year. A second well – Adorf Z16 – increased Neptune’s production from the licence to around 4,000 boepd at the beginning of 2022. The third well – Adorf Z17 – reached its final depth at the end of 2022 and will be tested for production this quarter. The construction of a modern treatment plant for the natural gas from Adorf Z17 and Z18 is ongoing.

Maersk (Maersk) and DP World Jebel Ali Port have entered a long-term partnership through which both parties will collaborate on various aspects of service delivery and work towards a common goal of decarbonising logistics and serve their customers better.

The Board has listened to shareholder concerns about the timing of the General Meetings, and has therefore been considering the Company’s obligations under the Business Combination Agreement entered into with NewMed on 29 September 2022 (the “Business Combination Agreement”), and discussing with the FCA the requirements of the combined prospectus and circular published by the Company on 13 January 2023 (the “Prospectus/Circular”) and now intends for the NewMed GM to be adjourned from 1 February until 22 February 2023. The Requisitioned GM will go ahead on 1 February 2023, with an adjournment of the NewMed GM allowing a reconstituted Board to assess the proposed NewMed Combination alongside other strategic options prior to determining the recommended route forward. NewMed is aware of the intended adjournment of the NewMed GM and has advised the Company that it reserves its rights under the Business Combination Agreement. Read More

TotalEnergies Electricity and Gaz France confirm that it will set up, for the benefit of its 22,000 VSE customers ( company with fewer than 10 employees with a annual turnover of less than 2 million euros ), the system planned for VSEs and will contribute to it through a discount of €100 per megawatt hour (MWh) so that the electricity supply contracts signed during the second half of 2022 be reduced to an average annual price for 2023 of €280 excluding tax per MWh. In addition, in response to the call from our 6,000 SME customers ( companies with less than 250 employees with an annual turnover of less than 50 million euros ) who also signed their electricity contract in the second half 2022, at the highest level of the markets, TotalEnergies Electricity and Gaz France will offer them discounts on their contracts, to bring them down to €280 excluding tax per MWh for the year 2023, as for VSEs. In both cases, TotalEnergies Electricity and Gaz France will also offer VSEs and SMEs that so wish, a monthly payment mechanism to allow them to smooth out their expenses and thus facilitate their cash management during the winter. Finally, TotalEnergies Électricité et Gaz France will publish an update of the 12-month Horizon electricity tariff schedule at the average annual price of €280 excluding tax per MWh for new VSE and SME customers. These announcements bear witness to TotalEnergies’ commitment to helping our country’s VSEs and SMEs face the difficulties caused by this unprecedented energy crisis. Read More