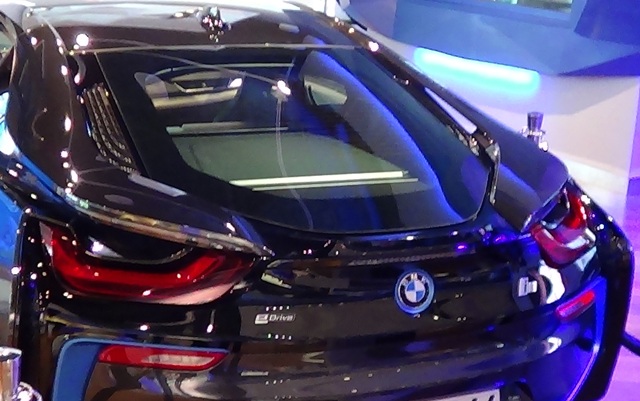 Oil price continues to fall as Chinese Covid-19 lockdowns lowers demand from China and Ukraine and Russia made some progress in their peace talks. Cushing inventories rose to 25.2 million barrels as of March 18, according to EIA data.

Russian tankers carrying oil chemicals and products are increasingly concealing their movements, a phenomenon that some maritime experts warn could signal attempts to evade unprecedented sanctions prompted by the invasion of Ukraine. Read More

Mercedes-EQ Run Rome: the aim is to run 3.3km, exactly the distance of 1 lap of the Formula E Rome ePrix, as efficiently as you can. You’ll find all the results in our leaderboard on the Strava Challange. This year we have a worldwide digital running challenge series via Strava for you starting in Rome, followed by the worlds most exciting metropolitans Berlin, Vancouver, London and Seoul. Complete the challenge and follow our journey to the season finale in Seoul. 1 April 2022 to 10 April 2022 Read More

OPEC Secretary General, HE Mohammad Sanusi Barkindo, participated in the Atlantic Council’s Global Energy Forum (GEF) 2022 in Dubai, UAE. The sixth annual GEF is taking place from 28-29 March 2022 at the site of Expo 2020 in the OPEC Member Country.

The Secretary General took part in a panel session titled ‘Oil and gas in a net-zero world’, which was moderated by Eithne Treanor. During the session, the Secretary General highlighted the importance and timeliness of the Forum, given the historical times that the energy industry is currently witnessing. On the future of energy, Barkindo stressed that the role of oil and gas is guaranteed for the foreseeable future. He noted that the energy transition should not be viewed as moving from one source of energy to another, highlighting that all forms of energy will be required in the future. Referencing OPEC’s World Oil Outlook (WOO) 2021, the Secretary General said that oil and gas are expected to still account for over 50% of the future energy mix in 2045, noting the projected increase in global economic growth and world population. The Secretary General addressed the topic of the energy trilemma, and stated that it was vital to keep in mind that “energy is a right, not a privilege.” On climate change, Barkindo underscored that there are no “climate deniers” in OPEC, highlighting that the Organization’s Member Countries have taken measures in accordance with the principles of the United Nations Framework Convention on Climate Change (UNFCCC): equity and common but differentiated responsibilities and respective capabilities. Read More

TotalEnergies is publishing a new tax transparency report designed to provide its stakeholders with a better understanding of the Company’s tax position, with detailed information on the taxes paid in its main countries of operation.

“TotalEnergies has developed a responsible tax approach, based on clear principles of conduct and rigorous governance rules. The Company believes that transparency is an essential factor in building a trust-based relationship with its stakeholders. This report is a further step in that direction,” declared Jean-Pierre Sbraire, Chief Financial Officer of TotalEnergies.

Already, since 2015, TotalEnergies has published in its Universal Registration Document an annual report covering the payments made by its extractive affiliates to governments and the full list of its consolidated entities, together with their countries of incorporation and operation.

With this new report, TotalEnergies is releasing detailed country-by-country information on its tax position and operations in the EU Member States and in the non-cooperative jurisdictions, two years ahead of the entry into force of the European directive mandating this publication. TotalEnergies is going a step further and publishing the same information for all the countries where it conducts extractive activities. Read More

Mitsubishi Shipbuilding Co., Ltd., a part of Mitsubishi Heavy Industries, Ltd. (MHI) Group based in Yokohama, has concluded a contract with KEYS Bunkering West Japan Co., Ltd. for construction of a liquefied natural gas (LNG) bunkering vessel, the first to operate in western Japan. The vessel will be built at the Enoura Plant at MHI’s Shimonoseki Shipyard & Machinery Works in Yamaguchi Prefecture, with completion and handover scheduled for March 2024.

LNG bunkering vessels supply LNG to LNG-fueled vessels. The use of LNG propulsion for ships is attracting attention as a solution for compliance with regulations aimed at reducing greenhouse gas (GHG) emissions. The planned LNG bunkering vessel will have an electric main engine, and be equipped with a dual fuel engine capable of using both LNG and heavy oil as fuel, a first for an LNG bunkering vessel in Japan. When operating in gas mode, it will provide exceptional environmental performance with considerably reduced emissions of carbon dioxide (CO2), nitrogen oxide (NOx), sulfur oxide (SOx), and particulate matter (PM). Read More

Mitsubishi Power, a power solutions brand of Mitsubishi Heavy Industries, Ltd. (MHI), has presented a policy proposal to the Government of Indonesia to promote the adoption of biomass co-firing at the country’s thermal power plants. The proposal is a result of deliberations conducted since a memorandum of understanding (MOU) was concluded by an industry-academia collaborative team in September 2020. The team includes Mitsubishi Power, Indonesia’s state-owned electricity provider PT. PLN (Persero), two of its subsidiaries (PT. Indonesia Power and PT. Pembangkitan Jawa-Bali), and Institut Teknologi Bandung (ITB).(Note)

The Indonesian Government is currently implementing an energy policy that aims to raise the proportion of renewable energy in the nation’s energy mix to 23% by 2025, as part of its goal to reach carbon neutrality by 2060. In support of this policy, the presented proposal states that promoting biomass co-firing in Indonesia, where thermal power accounts for a high percentage of the country’s power generation mix, is an optimal short-term option for realizing the nation’s goals. The proposal elaborates on the initiatives needed and the challenges that need to be addressed in promoting the adoption of biomass co-firing. Read More

The conference followed a close alliance between the two institutions, which have jointly operated the KAUST- ACWA Power Centre of Excellence for Desalination and Solar Power, a research and development (R&D) hub, since 2019.

The partnership with KAUST, which is one of the Kingdom’s leading innovation hubs, has enabled both parties to pursue industry-oriented research to achieve further efficiencies in producing desalinated water and generating solar power responsibly, reliably and at the lowest possible cost. Read More

According to those plans, the UK will target to triple its current solar power capacity to 50 gigawatts (GW) from 14 GW now, more than quadruple offshore wind to 50 GW from 11 GW, and boost onshore wind installations to 30 GW by 2030 from 15 GW now. Boosting nuclear power generation capacity will also feature in the new energy security plan of the UK, which pledged earlier this month to phase out by the end of 2022 Russian oil imports after Putin’s invasion of Ukraine. Read More

Neste Corporation’s Annual General Meeting (AGM) was held today under special arrangement at the Company’s headquarters in Espoo. In order to prevent the spread of the COVID-19 pandemic, the AGM was held without shareholders’ or their proxy representatives’ presence at the venue of the meeting. Shareholders and their proxy representatives had the possibility to participate in the meeting and exercise their shareholder rights by voting in advance and by making counter-proposals and presenting questions in advance.

The AGM supported all the proposals presented to the meeting and approved the remuneration report. The AGM adopted the company’s Financial Statements and Consolidated Financial Statements for 2021 and discharged the Board of Directors and the President & CEO from liability for 2021.

Dividend of EUR 0.82 per share to be paid in two instalments

The AGM approved the Board of Directors’ proposal that a dividend of EUR 0.82 per share will be paid on the basis of the approved balance sheet for 2021. The dividend will be paid in two instalments.

Swire Energy Services Wind division has seen several new senior appointments, with the most recent being that of Jan Harrestrup as Head of Commercial. Leading the commercial team Jan will be responsible for global business development, contract management and sales, in addition to procurement and the general management of SES Danish entity, Swire Energy Services A/S.

Prior to his appointment Jan held the role of Head of Sales with B&R Automation Danmark. Further to his MBA in Management of Technology, his career includes a variety of commercial and business development roles across 16 years in the Wind sector covering Europe, the United States and Asia including VP Business Development at DEIF Wind Power Technology. Read More–>

Capricorn energy’s annual report and accounts for the year ended 31 December 2021 (the “Report and Accounts”) and a notice of annual general meeting (the “Notice”) were posted to shareholders today. The Notice convenes the 2022 Annual General Meeting (the “AGM”). The AGM will be held at The Gallery, Kimpton Charlotte Square Hotel, 38 Charlotte Square, Edinburgh EH2 4HQ at 12.00 noon on Wednesday 11 May 2022. Read More

According to the proposal, before payment, each quarterly cash dividend of USD 0.5625 per share shall be converted into a SEK amount based on the USD to SEK exchange rate published by Sweden’s central bank (Riksbanken) four business days prior to each record date (rounded off to the nearest whole SEK 0.01 per share) and the exchange rate used for the conversion is 9.424.

The proposed quarterly cash dividend remains subject to approval by the 2022 Annual General Meeting (AGM) that will be held on 31 March 2022. The dividend proposal is available on www.lundin-energy.com. Read More