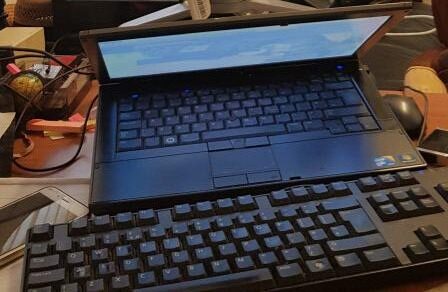 U.S. benchmark crude hit a two-and-a-half year high last week. Summer demand rebound underway in some countries. U.S. gasoline demand hit the highest since the pandemic began. U.K. traffic was higher than pre-pandemic levels for the first time. Economies are opening up and spending is up.

ABB strengthens commitment to reduce carbon emissions As part of its new Sustainability Strategy and its ambition to enable a low-carbon society, ABB has committed to partner with its customers and suppliers to reduce their emissions and to achieve carbon neutrality in its own operations by 2030. Ahead of World Environment Day on June 5, ABB announced that it has joined three initiatives led by the international non-profit Climate Group in line with its action plan and focus areas identified to reduce its own emissions:

Hitachi ABB Power Grids launches new transformers for floating offshore wind power The portfolio will enable much greater volumes of wind to be efficiently harvested and integrated into the global energy system, directly supporting the transition to a sustainable energy future.

Saudi Arabia Says It is No Longer An Oil Producing Country “Saudi Arabia is no longer an oil country, it’s an energy-producing country,” the Energy Minister told S&P Global Platts this week. Saudi Arabia has high green ambitions that include gas production, renewables, and hydrogen.

US Navy Will Get Air Force F-16 Fighter Jets to Fill Super Hornet Gap The Navy will shelve roughly 55 aircraft over the next year, the documents state, in hopes of transitioning to the F/A-18E/F Super Hornet. But to make sure it has enough fighters available amid the conversion, it expects the Air Force to transfer some F-16s to it.

within 4 years of their first-planned commercial flight of the Airlander10—a hybrid-electric airship that produces 75% fewer emissions per mile traveled than a passenger jet.

Uncertain FX Policy Marks Nigeria Unattractive Economy for Foreign Investors Due to scarce dollar inflow, Central Bank of Nigeria (CBN) has resulted to a number of unorthodox policies to ensure the external reserves do not run dry. Despite these measures, the nation’s foreign reserves has fallen to $34 billion, which analysts polled by MarketForces Africa confirmed to be low for 5 months import cover.

Gas a pragmatic answer to realise energy transition The destiny of the world rests in innovative utilisation of hydrocarbons whilst embracing the rise of renewables in the global energy mix, Secretary General of the largest consortium of gas exporting nations, the Gas Exporting Countries Forum (GECF), said at the 24th St. Petersburg International Economic Forum (SPIEF).