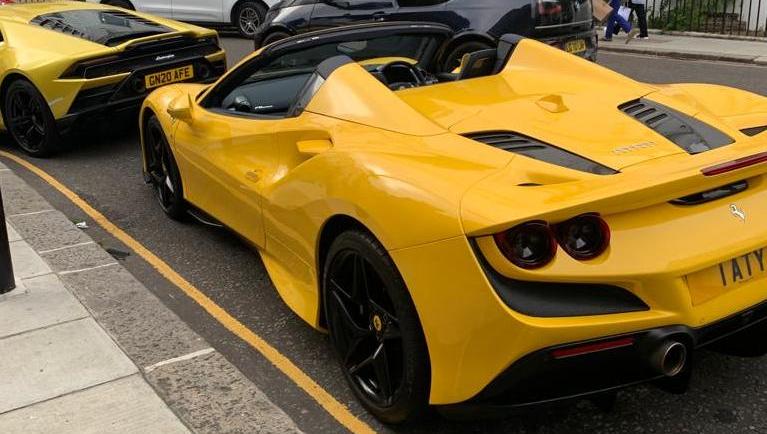 Egypt has signed a memorandum of understanding with an Indian company to build a green hydrogen factory in the Suez Canal Economic Zone, a cabinet statement said on July 27.

According to the MoU, Indian ReNew Power Private Limited will build a factory to produce 20,000 tons of green hydrogen a year, with investments worth $8 billion. Read More

Africa’s key oil exporters unlikely to benefit from OPEC’s higher quotas
Only Algeria seems on the right track for larger oil outputs-Oxford Economics
Oil production in Nigeria declined by more than ten percent in Q2 2022 to an average of 1,170,000 bpd compared 1,310,000 bpd in the previous quarter. Oil revenues have dropped from $35.4m in May to $0.4m in June 2022, the report said. Since Feb 2021, the gap between Nigeria’ oil output and Opec quota has been widening due to oil supply disruptions and other security issues, showed a graph cited in the briefing. Read More–>

The team showed strong pace at the ExCeL London exhibition centre in Formula E’s most unique race, with part of the circuit based inside the arena.

In Round 13 on Saturday, German driver Günther progressed into the Duels for the first time in Season 8, eventually qualifying in sixth. He was running in the same position and battling with cars around him before running out of power in the final few corners, crossing the line in eighth. Having originally finished ninth, Buemi was demoted to 11th after picking up a five-second penalty. Read More

Hence Hilli will continue with three components to its Adjusted EBITDA generation; a fixed tariff, a Brent oil linked tariff, and a TTF gas price linked tariff. At current forward prices for 2023, Golar’s share of annual distributable Hilli Adjusted EBITDA is expected to be approximately $286 million (fixed tariff of $65 million, Brent oil linked earnings of $86 million, and TTF linked earnings of approximately $135 million). Golar’s share of total annual debt service for Hilli’s contractual debt is approximately $50 million (debt amortization of approximately $29 million and interest of approximately $21 million). Hilli is therefore expected to generate significant free cash flow to equity for the reminder of the fixed contract. Golar may enter into hedging transactions to reduce the sensitivity of the commodity linked components of Hilli’s future earnings, as we have done in 2022.

Pantheon Resources plc, with a 100% working interest in all of its oil projects spanning c. 153,000 acres adjacent and near to transportation and pipeline infrastructure on the Alaska North Slope (“ANS”), is pleased to provide an update on the Alkaid #2 well.

· The Alkaid #2 pilot hole has now reached a total vertical depth of 8,584 feet (‘ft’), with a measured depth of 8,950 ft, having encountered multiple oil bearing reservoirs in all three targeted formations in the well: (i) the Shelf Margin Deltaic, (ii) the Alkaid Anomaly, and (iii) the deeper, untested extension of the Alkaid Anomaly (“Alkaid Deep”).

· Initial analysis indicates significant improvements in reservoir quality which could potentially lead to a material upgrade of the current resource for all targeted horizons.

· All reservoirs were encountered on prognosis at predicted depths with reservoir quality exceeding pre-drill expectations.

· Alkaid #2 confirms more than 1,400 ft of gross continuous oil bearing strata throughout the section drilled below the regional top seal at 7,165 ft down to at least the 8,584 ft total vertical depth. Under instruction from the Alaska Oil and Gas Conservation Commission (AOGCC), drilling was stopped at 8,584 ft, despite not having reached the bottom of the Alkaid Deep section, to allow a sufficient margin to avoid contact with the high pressure HRZ zone and possible fault. Read More

Oceaneering International announces that its Subsea Robotics segment has been awarded a multi-year service contract supporting Petrobras projects off the coast of Brazil. This award continues to build on our success in growing our remotely operated vehicle (ROV) business in an important energy market.

Oceaneering will provide survey and ROV services for AKOFS Offshore’s subsea equipment support vessel (SESV) Aker Wayfarer. The scope of work includes the provision of two Millennium® Plus work class ROVs, complete specialized tooling packages for each ROV, ROV personnel for simultaneous operations, and survey equipment and personnel. The contract is for four years plus options to extend.

Tiago Crespo, Director for Subsea Robotics Brazil and Rest of Americas, said: “We are delighted to work with AKOFS to support Petrobras’s offshore activities. With AKOFS, this will be the first time we will be providing survey services for Petrobras on an SESV.”

In addition to this latest service contract, we have been awarded work on 11 rigs offshore Brazil over the past 12 months. Read More

Petrobras confirms the discovery of natural gas accumulation in the Uchuva-1 exploratory well, drilled in deep waters of Colombia, 32 kilometers off the coast and 76 kilometers from the city of Santa Marta, in a water depth of approximately 830 meters.
The Uchuva-1 well was drilled in the Tayrona Block, with Petrobras as the operator (44.44% work interest), in partnership with Ecopetrol, with 55.56% work interest.
This discovery is the result of the consortium’s actions to enhance the use of data through the application of new geological and geophysical technological solutions, added to the expertise in deepwater operations.
The Tayrona Block is in Petrobras’ portfolio for active portfolio management and the opening of this new frontier is aligned with the company’s strategic pillar of maximizing its value with a focus on exploration of deep and ultradeep water assets. The result achieved increases the prospects for developing a new frontier of exploration and production in Colombia. The consortium will continue its activities in the Tayrona Block, aiming to assess the dimensions of the new gas accumulation. Read More

Petrobras, following up on the release disclosed on 09/30/2020, informs that the Integrated Processing System (SIP) contract signed with Petrogal Brasil started operating today. The contract provides for Petrogal’s access to the gas processing units, owned by Petrobras and located in the states of Rio de Janeiro and São Paulo, connected to the Integrated Flow System (SIE).
The implementation of the SIP allows companies producing gas in Brazil to sell their volumes directly to their customers. This movement is part of a set of actions that enables the diversification of agents, resulting in increased competition, in compliance with the commitments made by Petrobras to the Administrative Council for Economic Defense (CADE) in 2019.
The entry into operation of Petrogal’s contract is another milestone in the opening of the natural gas market in Brazil and demonstrates the commitment of the partners and other agents involved to contribute to the development of a competitive and sustainable market in the country. In the future, other natural gas producing companies may join the SIP. Read More

Devon Energy Corp. (NYSE: DVN) announced its board of directors declared a fixed-plus-variable dividend of $1.55 per share based on the company’s second-quarter financial performance. This record payout represents a 22 percent increase from the previous quarter.

As part of the second-quarter dividend announcement, the board approved an increase in the fixed dividend of 13 percent or $0.02 per share. The company’s fixed-plus-variable dividend is payable on Sep. 30, 2022 to shareholders of record at the close of business on Sep. 12, 2022. Read More