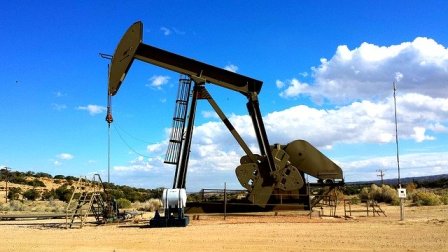 The death of coal has run hand-in-hand with the rise of renewable energy, though the real credit for killing king coal might just go to U.S. shale. Even if the renewable revolution is growing too big to ignore.

There are plenty of environmental and ideological reasons that many academics and pundits are pushing for placing renewable energy at the heart of COVID-19 economic recovery plans. But it turns out that there are plenty of economically compelling reasons for a renewables-forward strategy as well. Last month the World Economic Forum published a report pleading with the energy industry to use the novel coronavirus’ unprecedented disruption of the economic and societal status quo to begin building a “new energy order.”

Although COVID-19 has severely battered (in some cases irreparably) huge portions of the global energy industry, this is a unique opportunity to redirect resources, investment, and research and development into renewable energy ventures that we may never see again in our lifetimes–and then it will be too late.

“Though this is the worst possible way to begin a decade, the coronavirus pandemic and the collapse of oil prices also offer an opportunity to consider unorthodox intervention in the energy markets and global collaboration to support the recovery phase once the acute crisis subsides,” stated the World Economic Forum. “This giant reset grants us the option to launch aggressive, forward-thinking and long-term strategies leading to a diversified, secure and reliable energy system that will ultimately support the future growth of the world economy in a sustainable and equitable way.”

Writers at the Verge also argued that renewable energy should be the way forward and is the clear answer to employing the tens of thousands of oil patch workers that have been fired or furloughed thanks to the oil price crash of recent months. As business as usual has ceased to become an option, “transforming America into a country that runs on clean energy is one-way experts hope to alleviate the devastating economic downturn caused by the COVID-19 pandemic,” the Verge reported.

And now, just this week, PV Tech reports that “a raft of new studies has come to underscore the business case of pushing renewables to the heart of the COVID-19 recovery, amid claims green energy plays offer a low-cost, high-return opportunity for investors.” Now that the research is being done to investigate claims that renewable energy will be an economic boon for the United States going forward, the numbers certainly seem to support this idea. “Solar and wind levelized costs of electricity (LCOEs) have dropped to such an extent that the world would save US$23 billion per year by tapping these technologies to replace the priciest 500GW of existing coal, according to a new study by the International Renewable Energy Agency (IRENA).”

IRENA director-general Francesco La Camera, as quoted by PV Tech, underscores the magnitude of these findings by saying that renewables are clearly becoming the “default choice” for new energy projects worldwide. “Now, crucially, their continued cost decline means the world can afford to be ambitious amid the crisis,” he continued.

And there has already been some major progress. Just this month, for the first time in 135 years, the news broke that the United States’ consumption of renewables overtook consumption of coal in the last year’s energy mix. “There are two interrelated reasons for this,” reports Forbes. “The collapse of coal consumption over the past decade, which was fueled by the rise of cheaper alternatives.”

While the unseating of coal is truly extraordinary and bodes well for the overall clean energy transition, however, renewables still lag far behind oil and natural gas in the United States energy mix. And, in fact, it wasn’t really renewables that single-handedly took down coal, but the increased use of natural gas that took away from coal’s market share. “So,” writes Forbes, “renewables did play an important part in coal’s demise, but they often get most of the credit. In fact, without cheap natural gas from the shale gas boom, U.S. coal consumption would still be substantially higher than U.S. renewable energy consumption.”

There are a few different takeaways from this snapshot of the U.S. energy mix. The first is that numbers can be deceiving, and readers and speculators alike should be discerning about narrow interpretations of quantitative data. The second is that the United States is still, far and away, powered by non-renewable fossil fuels and is not making significant progress toward meeting goals set by the Paris climate accord. The third is that if reports by IRENA and the World Economic Forum are to be heeded, renewable energy investment has to expand exponentially and do so in a hurry.

UK Government Urged to accelerate the growth of the drone industry