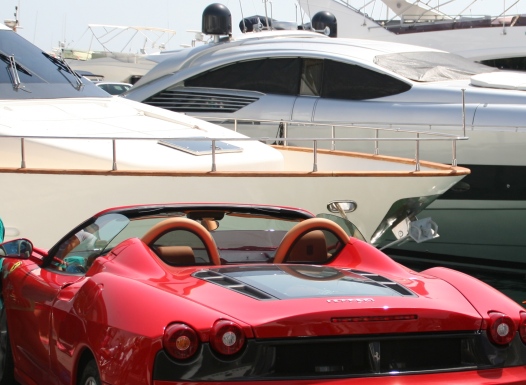 The Sustainable Development Council noted the key role and significant potential of natural gas in the development of low-carbon hydrogen energy.

The growth of infections in sub-Saharan Africa is now the fastest in the world, with an explosive trajectory that is outpacing the record set in the second wave. At this pace, this new wave will likely surpass previous peaks in a matter of days—and in some countries, infections are already more than double, or even triple, their January peaks. The latest (delta) variant—reportedly 60 percent more transmissible than earlier variants—has been detected in 14 countries. By Kristalina Georgieva and Abebe Aemro Selassie

New solar farm applications for sites across Hertfordshire, Cambridgeshire and Essex in the last five months have climbed to 840 megawatts, or the same as 2m household solar panels. Most of these new solar farms will be built on former agricultural land

UK factories have turned out 429,826 cars, up some 105,063 units on last year, the majority (95.3%) of the additional volume built for export, but overall output remains down -22.9% on the same five-month period in 2019. This is reflective of the scale of the challenge facing the industry as it seeks to recover from the pandemic while grappling with global supply shortages, notably of semiconductors.4

The drop comes as the OPEC and its allies meet on Thursday, with analysts expecting the group to boost output by at least 500,000 bpd to meet rising demand as vaccination programs in North America and Europe ease pandemic restrictions and boost demand for gasoline and aviation fuel.

Cairn will publish a shareholder Circular (the “Circular”) later today relating to the proposed acquisition of production, development and exploration interests in the Western Desert, the Arab Republic of Egypt, from Shell Egypt NV and Shell Austria GmbH (“Shell”), following approval of the Circular from the Financial Conduct Authority.

The Global Offering initially comprises 4,250,000 new Class A ordinary shares under the Hong Kong Public Offering and 80,750,000 new Class A ordinary shares for the international offering (the “International Offering”), representing approximately 5% and 95%, respectively, of the total number of Offer Shares in the Global Offering, subject to reallocation and over-allotment. The offer price for the Hong Kong Public Offering (the “Hong Kong Offer Price”) will be not more than HK$180.00 per share (the “Maximum Offer Price”).

The European Commission opened an investigation in October 2019 to assess whether Hungary’s plans to grant 108 million euros ($128.5 million) in state aid complied with the bloc’s competition rules.

KBR announced it will host its 15th annual Charity Golf Tournament on Thursday, November 18, 2021 at The Clubs of Kingwood in Kingwood, TX.

Flying cars will be in cities within a decade, says Hyundai boss

Hyundai unveiled a prototype of an electric vertical take-off and landing aircraft at the CES Technology Show in Las Vegas in January 2020.

Acquisition of Boston Dynamics from SoftBank

Hyundai Motor Group , Boston Dynamics, Inc. and SoftBank Group Corp., announced the completion of the Group’s acquisition of a controlling interest in Boston Dynamics from SoftBank, following the receipt of regulatory approvals and other customary closing conditions. The deal valued the mobile robot firm at $1.1 billion. Additional financial details were not disclosed.

To meet the goals of the Paris Agreement and, in anticipation of the UN Climate Change Conference (COP26), many of the world’s largest economies and leading companies are transitioning to a more sustainable energy system using clean energy sources including hydrogen.

The meeting convened in preparation for the 31st Meeting of the Joint Ministerial Monitoring Committee (JMMC) and the 18th OPEC and non-OPEC Ministerial Meeting planned for 30 June and 1 July, respectively.

Disclaimer
News articles reported on OilAndGasPress are a reflection of what is published in the media. OilAndGasPress is not in a position to verify the accuracy of daily news articles. The materials provided are for informational and educational purposes only and are not intended to provide tax, legal, or investment advice.OilAndGasPress welcomes all viewpoints. Should you wish to provide a different perspective on the above articles.
Information posted is accurate at the time of posting, but may be superseded by subsequent press releases