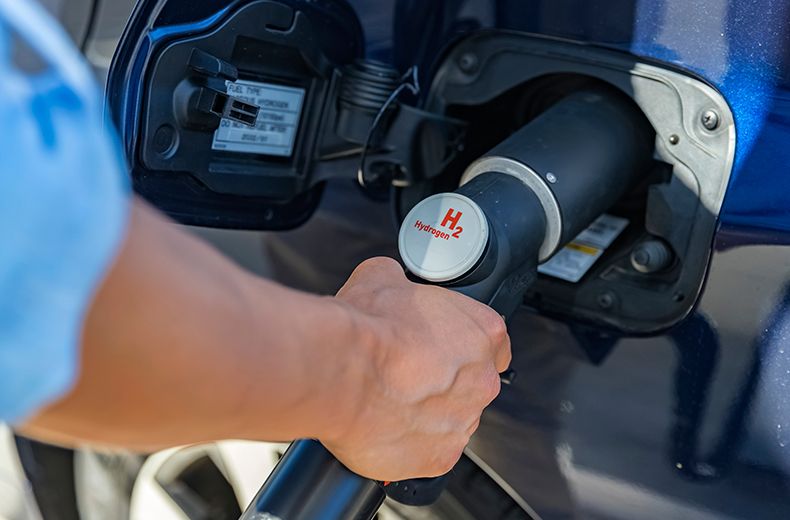 Sixth article in WFW’s series ‘Hydrogen – What is the hype about?’

In October 2020, the Spanish government’s Council of Ministers (the “Government”), at the proposal of the Ministry for Ecological Transition and the Demographic Challenge (“MITECO”), approved the “Hydrogen Roadmap: a commitment to renewable hydrogen”¹ (the “Hydrogen Roadmap”).

The Hydrogen Roadmap was subject to prior public consultation and received contributions from a total of 78 entities, organisations, associations and individuals. It follows the momentum of the EU Hydrogen Strategy for a climate-neutral Europe² (the “EU Hydrogen Strategy”), with a core objective of achieving climate neutrality, with a 100% renewable electricity system, by 2050.

In November 2020, the Government announced that it would allocate €1.5bn to boost the use and production of renewable hydrogen by 2023 through the European Recovery Instrument (“Next Generation EU”). At the same time, MITECO launched a public “call for interest”³ which closed on 19 December 2020. This was so all interested parties could identify and locate viable renewable hydrogen projects in Spain, detailing their impact on the value chain and industrial development, job creation, as well as their transformative effect on the decarbonisation of the economy and on social and territorial cohesion.

The purpose of the Hydrogen Roadmap is to identify the challenges and opportunities for robust development of renewable hydrogen in Spain, providing a series of measures aimed at boosting investment. Through these measures, the Government aims to create a framework that will allow Spain to position itself as a future technological leader in the field of green hydrogen, taking into consideration its potential to play a relevant role in energy storage and the decarbonisation of those economic sectors that are most difficult to electrify.

However, there are other strategic and legislative documents that complete Spain’s Strategic Energy and Climate Framework, and which take into account the role of green hydrogen as a key energy vector for achieving climate neutrality in 2050. These include the National Integrated Energy and Climate Plan (“PNIEC”) 2021-2030⁴, the Draft Law on Climate Change and Energy Transition⁵, the Long-Term Decarbonisation Strategy 2050⁶, the Fair Transition Strategy⁷ and the Energy Storage Strategy⁸.

In this article, we will briefly summarise the main challenges identified in Spain in relation to the development of the hydrogen sector (with an emphasis on green hydrogen), the key measures proposed in the Hydrogen Roadmap and other documents of the Strategic Energy and Climate Framework to address potential challenges, and the financing and public-private partnership mechanisms predicted to provide impetus for the development of projects.

According to the Hydrogen Roadmap, “nowadays, hydrogen consumption in Spain is around 500,000 t/year, mainly grey hydrogen, used as a raw material mainly in refineries (around 70%) and chemical product manufacturers (50%), with the remaining consumption corresponding to sectors such as metallurgy“.

“The Hydrogen Roadmap relies on Spain’s potential to position itself as a technological leader in the production and use of green hydrogen, given the advantageous climate and large areas available for the installation of renewable energy projects.”

Nevertheless, the Hydrogen Roadmap relies on Spain’s potential to position itself as a technological leader in the production and use of green hydrogen, given the advantageous climate and large areas available for the installation of renewable energy projects (solar or wind).

In this regard, the Hydrogen Roadmap defines ambitious targets that can be framed (and contrasted) within the three phases defined in the EU Hydrogen Strategy:

In May 2020, the Council of Ministers submitted the Draft of the Climate Change and Energy Transition Law (the “Draft Law”) to the Spanish Parliament, which is currently being debated prior to its approval. It includes a provision for the approval of specific plans to promote the penetration of renewable gases, including hydrogen⁹. In addition, the Draft Law contemplates a series of measures relating to the promotion of renewable gases to ensure compliance with the targets established in the PNIEC.

The Hydrogen Roadmap includes and extends the measures relating to renewable hydrogen anticipated by the PNIEC and the Draft Law, defining 60 specific measures, divided into 4 blocks (regulatory instruments, sectoral instruments, cross-cutting instruments and promotion of R&D), which should serve as a basis for achieving the aforementioned targets.

Of note among the regulatory measures is a first package aimed at addressing the regulatory barrier that currently exists as a result of current legislation that considers hydrogen production to be an industrial activity (specifically a chemical industry for the production of inorganic gas). This means that the implementation of hydrogen production infrastructure is restricted to land classified as industrial, and is subject to stringent environmental impact assessments, regardless of whether renewable technologies are used for production.

To alleviate this and other administrative obstacles, the Hydrogen Roadmap proposes to (i) modify the classification of on-site renewable hydrogen production at refuelling stations; (ii) analyse the different procedures for processing the operation and execution of small-scale green hydrogen production facilities and to evaluate their simplification without undermining environmental protection and ensuring sustainability criteria; and (iii) promote the development of regulatory measures to simplify and facilitate the development of direct electricity lines dedicated to renewable hydrogen production within the framework of electricity sector regulations, as well as hydroducts transporting renewable hydrogen within the framework of hydrocarbon sector regulations.

On the other hand, a specific measure is included concerning the establishment of a Guarantee of Origin System for renewable hydrogen in collaboration with other European countries in order to allow the production method of hydrogen to be traced and to provide appropriate price signals to consumers.

In addition, to address the barrier of high production costs, the positive environmental effects of renewable hydrogen will be considered in relation to green taxation and, in particular, indirect taxation. In fact, the Automotive Industry Value Chain Tax Plan¹⁰ already proposes to analyse the possibility of a medium-term reform of the main vehicle taxes, such as the so-called road tax (“IVTM”) and registration tax (“IEDMT”), to introduce a greater environmental orientation in the determination of taxation, in coordination with the Territorial Administrations and in the context of the reform of the Autonomous and Local Financing Systems.