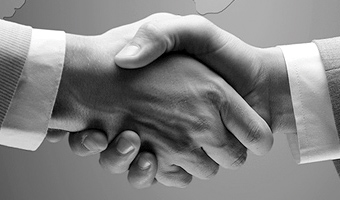 WATERTOWN, Mass.–(BUSINESS WIRE)–WiTricity, the leader and pioneer in wireless charging for electric vehicles (EVs), today announced that it has hired former Boeing and Ford Motor Company executive Joe Benz as its first General Counsel and Chief Legal Officer. Benz will be responsible for developing and leading the company’s legal strategy.

Benz brings more than 20 years of experience in intellectual property (IP) law, the automotive industry, and international technology licensing to his role at WiTricity. At Boeing, Benz served as Chief Counsel and Senior Director for intellectual property, helping to lead Boeing through a major organizational redesign and solidifying a global patent portfolio in a changing competitive environment. Prior to his role at Boeing, Benz served as the President and Chief Operating Officer for Ford Global Technologies and Chief IP Counsel to the Ford Motor Company. Prior to his work at Ford, Benz provided senior-level legal client services across the global IP spectrum at Alston & Bird and Paul Hastings. He has represented clients in numerous Federal District Courts and before the International Trade Commission.

In addition to his extensive work in the private sector, Benz is a Colonel in the Army Reserves with over twenty-five years combined active and reserve service and will be taking command of a Reserve Brigade headquartered in Newport, RI in April 2022. Between 2003 and 2017, Benz mobilized four times with the Army, serving combat tours in Iraq and Afghanistan.

‘We’re in a period of growth as we roll out our WiTricity Halo™ Charging solutions to OEMs, Tier 1s, and consumers, and there’s never been a better time to welcome Joe to the WiTricity team,” said Alex Gruzen, CEO of WiTricity. “WiTricity owns and controls more than 1,200 patents and Joe’s depth of legal experience will be invaluable with our wireless charging technology now coming to market.”

Benz holds a Bachelor’s of Science degree in engineering from the United States Military Academy at West Point, a Masters of Business Administration from Goizueta Business School at Emory University, a Juris Doctor from Emory University School of Law, and a Masters in Strategic Studies from the United States Army War College. He is a registered patent attorney and licensed to practice law in North Carolina and Georgia.

“As the U.S. and World focus on sustainability, the auto industry is experiencing a dramatic acceleration of new technology,” said Benz. “WiTricity is leading the future of EV charging, backed by a remarkable intellectual property portfolio developed over more than a decade. My experience will support WiTricity innovation for a world that is electric, autonomous, and wireless.”

WiTricity is the global industry leader in wireless charging, powering a sustainable future of mobility that is electric and autonomous. WiTricity’s patented magnetic resonance technology is being incorporated into global automakers’ and Tier 1 suppliers’ EV roadmaps and is the foundation of major global standards developed to support wide-scale adoption. Advancements like dynamic charging of moving vehicles, and the charging of autonomous robots and vehicles without human intervention all depend on WiTricity technology. See how WiTricity enables a magically simple, efficient charging experience.