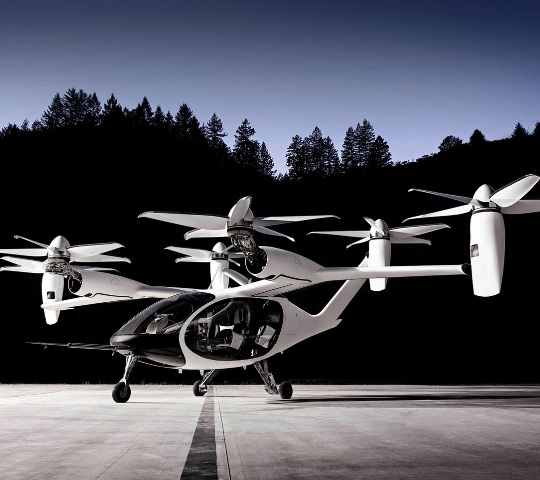 SANTA CRUZ, Calif.–(BUSINESS WIRE)–Joby Aviation, Inc. (NYSE:JOBY), a leading developer of electric vertical take-off and landing (eVTOL) aircraft, today announced it will host the 2022 Elevate Summit on October 12th and 13th in Brooklyn, NY. The summit will provide an opportunity for the entire aerial ridesharing ecosystem to come together and discuss progress in the sector, from city officials and land developers to supply chain partners, the investment community and other aircraft manufacturers.

The event builds on the success of previous Elevate Summits, hosted by Uber from 2017 to 2019 before the acquisition of Uber Elevate by Joby in 2020.

“We launched the Elevate Summit five years ago to provide an open forum for this new industry to come together and embrace a shared vision of the future,” said Eric Allison, Head of Product at Joby and formerly Head of Elevate at Uber.

“Since then, the Summit has been established as the keystone event for aerial mobility, laying the foundation for the industry to make the leap from renderings to reality.

“We’re at a key moment in the evolution of our industry. As well as demonstrating record speed, altitude and endurance performance with our pre-production prototype aircraft, several companies, including Joby, have gone public and interest in the promise of this technology has never been higher. It’s the perfect time to come together.”

This momentum was recognized recently in a segment of CBS’ 60 Minutes show, presented by Anderson Cooper, during which Billy Nolen, Acting Administrator of the Federal Aviation Administration, stated: “Clearly, we’re seeing the emergence of something that’s fantastic … We want to be careful, we want to be measured, but … this is real, and this is happening.”

Held in New York City for the first time, the Summit will take place at Duggal Greenhouse in the historic Brooklyn Navy Yard, where attendees will be able to envision a near future in which quiet, electric, emissions-free aerial mobility opens up new transportation possibilities in urban areas.

Further details of the Summit will be released later this summer. Previous editions attracted more than 1,000 attendees and a wide range of speakers including the U.S. Secretary of Transportation, senior FAA and NASA leaders, U.S. Senators and CEOs of Fortune 100 companies.

Joby Aviation, Inc. (NYSE:JOBY) is a California-based transportation company developing an all-electric vertical take-off and landing aircraft which it intends to operate as part of a fast, quiet, and convenient air taxi service beginning in 2024. The aircraft, which has a maximum range of 150 miles on a single charge, can transport a pilot and four passengers at speeds of up to 200 mph. It is designed to help reduce urban congestion and accelerate the shift to sustainable modes of transit. Founded in 2009, Joby employs more than 1,000 people, with offices in Santa Cruz, San Carlos, and Marina, California, as well as Washington, D.C. and Munich, Germany. To learn more, visit www.jobyaviation.com.

This press release contains “forward-looking statements” within the meaning of the “safe harbor” provisions of the Private Securities Litigation Reform Act of 1995, including but not limited to, statements regarding our business plan, objectives, goals and market opportunity; and our current expectations relating to our business. You can identify forward-looking statements by the fact that they do not relate strictly to historical or current facts. These statements may include words such as “anticipate”, “estimate”, “expect”, “project”, “plan”, “intend”, “believe”, “may”, “will”, “should”, “can have”, “likely” and other words and terms of similar meaning in connection with any discussion of the timing or nature of future operating or financial performance or other events. All forward looking statements are subject to risks and uncertainties that may cause actual results to differ materially, including: our limited operating history and history of losses; our ability to launch our aerial ridesharing service and the growth of the urban air mobility market generally; our plans to operate a commercial passenger service beginning in 2024; the competitive environment in which we operate; our future capital needs; our ability to adequately protect and enforce our intellectual property rights; our ability to effectively respond to evolving regulations and standards relating to our aircraft; our reliance on a third-party suppliers and service partners; uncertainties related to our estimates of the size of the market for its aircraft and future revenue opportunities; and other important factors discussed in the section titled “Risk Factors” in our Annual Report on Form 10-K, filed with the Securities and Exchange Commission on March 25, 2022, and in other reports we file with or furnish to the Securities and Exchange Commission. Any such forward-looking statements represent management’s estimates and beliefs as of the date of this press release. While Joby may elect to update such forward-looking statements at some point in the future, it disclaims any obligation to do so, even if subsequent events cause its views to change.