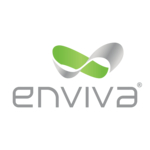 Enviva Establishes A $250,000 Endowed Scholarship for the College of Agriculture and Environmental Sciences at North Carolina Agricultural & Technical State University

“We are proud to be a corporate leader and community partner in North Carolina and believe we have a responsibility to create pathways for the state’s best and brightest to attend this great university,” said John Keppler, Chairman and CEO of Enviva. “Solving climate change and delivering a lower-carbon economy depends on the critical thinking, creativity, and innovation of our future leaders educated at spectacular institutions like N.C. A&T. We are proud to support opportunities for students from the communities in North Carolina that we call home to join, grow, and excel at this great university through the endowment of today’s scholarship.”

Under the terms of the agreement, the Enviva Endowed Scholarship at N.C. A&T will provide financial assistance to students pursuing any discipline within the College of Agriculture and Environmental Sciences, and will be open to all applicants. All recipients holding the Enviva Endowed Scholarship in one year shall be automatically renewed throughout their matriculation as long as the students maintain the minimum required academic and geographical standards outlined below.

“The Enviva Endowed Scholarship will be uniquely impactful for our students since it’s available to all majors in any of our programs,” said Dr. Mohamed Ahmedna, Dean of the College of Agriculture and Environmental Sciences. “We deeply appreciate Enviva’s significant and forward-looking investment in our college and its commitment to workforce diversity.”

A university committee appointed by the Office of Financial Aid and Scholarships shall choose the recipients of the Enviva Endowed Scholarship. In order to apply, applicants must be an undergraduate with a 3.0 grade point average or higher and be a resident of one of the following North Carolina counties: Hertford County, Richmond County, Northampton County, Sampson County, New Hanover County, or Wake County, and Raleigh-Durham/Chapel Hill, North Carolina metro areas.

“North Carolina has been our operational home base for 10 years now, and we are proud to maintain and grow our strong corporate presence in the Tar Heel State. We believe in home grown talent, and that leads us to intentionally cultivate and hire the future of the agribusiness and sustainability workforce from America’s largest HBCU, N.C. A&T,” said Don Calloway, Vice President of Diversity, Equity, Inclusion, and Impact at Enviva. “N.C. A&T has a proud tradition of graduating leading minds in manufacturing and sustainable agriculture. This endowment reflects our commitment to creating opportunities for more students to access the world class education that N.C. A&T provides and to prepare them to tackle climate change, one of the most critical and existential challenges of our time.”

This announcement comes shortly after Enviva announced its multi-year recruiting and career development pipeline agreement in December 2021. Per the agreement, Enviva has partnered with four significant Historically Black Colleges and Universities (HBCUs) across the U.S. Southeast, to better identify, recruit, and hire new employees for its rapidly growing business. These new partnerships and scholarship(s) reinforce Enviva’s existing commitment to facilitate careers in renewable energy and sustainable forestry for African Americans across the U.S. South.

Enviva (NYSE: EVA) is the world’s largest producer of industrial wood pellets, a renewable and sustainable energy source that is produced by aggregating a natural resource, wood fiber, and processing it into a transportable form, wood pellets. Enviva sells a significant majority of its wood pellets through long-term, take-or-pay off-take contracts with creditworthy customers in the United Kingdom, the European Union, and Japan. Enviva owns and operates 10 plants with a combined production capacity of approximately 6.2 million metric tons per year in Virginia, North Carolina, South Carolina, Georgia, Florida, and Mississippi. In addition, Enviva exports wood pellets through its deep-water marine terminals at the Port of Chesapeake, Virginia, the Port of Wilmington, North Carolina, and the Port of Pascagoula, Mississippi, and from third-party deep-water marine terminals in Savannah, Georgia, Mobile, Alabama, and Panama City, Florida.

North Carolina Agricultural and Technical State University is the nation’s largest historically Black university, ranked number one among public HBCUs by U.S. News & World Report. It is a land-grant, doctoral high-research classified university by the Carnegie Foundation and constituent member of the University of North Carolina system. The College of Agriculture and Environmental Sciences is the largest such college among 1890s land-grant universities and a leader in extramural research funding. The university was founded in 1891 and is located in Greensboro, North Carolina.