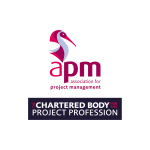 The survey of 1,000 project professionals (from junior to director level), undertaken with research company Censuswide, shows that of the 308 female respondents, a third (33.4%) say that unequal pay is the main barrier, followed by gender stereotyping (32.5%) and not enough women having taken STEM subjects while studying at school, college or university (29%).

However, among the male respondents to the survey, the most common reason as to why more women aren’t joining the project profession is that it’s still being perceived as male dominated (cited by 31.5% of male respondents).

Unequal levels of pay are considered as the biggest barrier to women entering project management as a career within the financial services sector (38%) and in technology (40%). And too few women taking STEM subjects at school, college or university is considered to be biggest barrier for women entering the project profession for those in the transport and logistics (35% of respondents in this sector) and construction (40%) sectors.

Professor Adam Boddison, Chief Executive of APM, says: “Our latest findings highlight that there are still challenges to overcome in seeing more women entering the project profession. As the chartered body for the project profession, we would call on men in the profession – especially those with responsibility for hiring new people into the workplace – to take close heed of these findings and to be mindful of how their own perceptions of issues around equality may differ from the actual experiences of women.

“APM is committed to raising awareness and supporting our members and the wider project profession in understanding the issues affecting women in the profession and in considering what more can be done to improve equality and inclusivity in the workplace. We look forward to welcoming attendees to our upcoming Women in Project Management conference in September where people of all genders will be able to share insights, hear new ideas and acquire knowledge on these issues and many others.”

APM’s most recent Salary and Market Trends Survey highlights the salary figures2 for men and women working in the project profession, and it reveals a gender pay gap of 24%.

Although there was some positive change outlined in the report, with women making up a growing proportion of those earning between £50,000 and £69,999 – up from 20% from the previous year to 24% – the Salary and Market Trends Survey found that women are still over-represented in roles where lower salaries are the norm: they account for four out of five project administrators (79%), while representing 57% of part-time workers. By contrast only 22% of consultants, who enjoy higher average salaries, are women.

APM’s new survey also asked the profession what they considered to be main barrier for both men and women being recruited into the profession, with lack of awareness of project management as a career choice (30%) coming out on top, followed by a lack of skilled individuals (28%), and budget restrictions (28%).

1 Recognising a job to be associated with a different sex