Africa’s Oil Nations Will Be Doomed If Exploration Is Halted 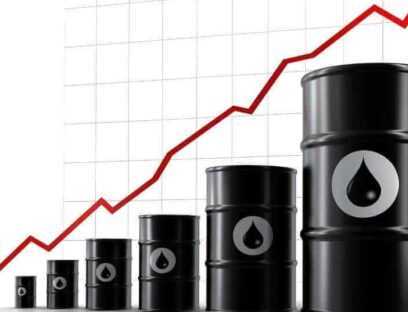 Africa’s Oil Nations Will Be Doomed If Exploration Is Halted

The IEA’s shocking call for no new oil and gas exploration on the path to net-zero emissions doesn’t necessarily follow that demand through to its logical end game. A line-up of countries would descend into chaos, creating global instability that would itself threaten the climate by hindering a natural energy transition.

Lofty goals are, well, lofty. And more often than not, they are Western, for obvious reasons emanating from developed countries.

Outside of North America, the East Asian powerhouses and Western Europe …

Saudi Arabia and UAE would fare well. Both have the means and will to diversify away from oil and embrace clean energy.

One of the worst case scenarios is Angola.

At the end of last year, Angola was set for a promotion from the Least Developed Country (LCD) list. COVID-19 delayed that. Not only is Angola one of the most oil-dependent countries in the world, but it’s also been in recession for six years. When the pandemic stuck and took oil demand with it, Angola went into crisis mode. Now, it’s stuck in the LCD category until 2024, barring any further catastrophes. Against that backdrop, Angolan oil production has been on the decline for five years, and the worst is yet to come. Five years ago, Angola was the top producer in Africa. Now, it’s oil production has plunged to a 15-year low, under 1.2 million bpd. Libya pumps more, and that says a lot. It was on the downward trend long before COVID, yet another nail in this coffin.

According to OPEC, oil contributes 50% of Angola’s GDP and accounts for nearly 90% of its exports.

Now, Angola is hoping that new oil concessions will attract over $67 billion in investment. The IEA’s net-zero recommendations don’t fall in line with this–at all.

Then, we have Nigeria and Chad, two additional African locations that can’t meet the IEA’s criteria.

Nigeria had just started recovering from a 2017 recession when the pandemic-driven oil crisis hit. Oil accounts for 90% of Nigeria’s foreign exchange earnings and 60% of its revenue. Less ominous than Angola, oil accounts for about 9% of Nigeria’s GDP. It’s now targeting a lot more deepwater drilling.

Across Africa, an end to oil exploration could lead to a heightened radical Islamic insurgency that would (and already has started to) spread across the region.

Mozambique, the location of French Total SA’s now-delayed giant LNG project, is the starting point of a new Sahel in jihadist terms, and more (smart and not corrupt) development of resources is one way to loosen the grip of ISIS and its affiliates. Poverty and unrest makes for brilliant ISIS recruits. And it will be a transnational insurgency like we’ve never seen before.