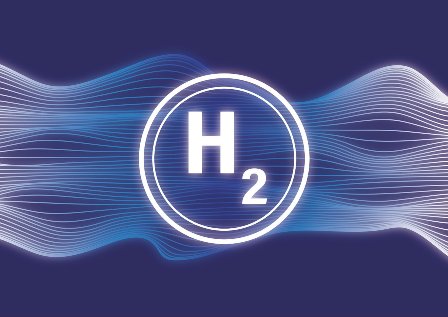 HÉRICOURT, France–(BUSINESS WIRE)–GAUSSIN (EURONEXT GROWTH ALGAU – FR0013495298), a pioneer in the clean and intelligent transport of goods and people, announces the launch of the world’s first hydrogen-powered fuel cell Automated Guided Vehicles (AGV H2) for seaports. These new vehicles complement GAUSSIN’s range of hydrogen-powered vehicles following the release of the hydrogen-powered fuel cell ATM and APM. The AGV can be autonomously driven in infra-structureless and mixed traffic environment. It will help port operators switch to zero-emission immediately and provide longer operating hours, shorter and less frequent refuelling, as well as quiet and efficient transportation.

Ports traditionally rely on diesel-powered trucks and tractors operating in a cluster environment are involved in moving cargo to and from ships. This contributes significantly to CO2 emissions. Many feasibility studies have shown that ports are ideal locations for hydrogen-powered transport trucks and container handling equipment as they are a natural place for hydrogen transportation, storage, and refuelling sites for various applications. With hydrogen production costs dropping more than 50% since 2015, hydrogen-powered fuel cell vehicles are now a viable solution for port operators to meet both the operation efficiency and green targets.

A new vehicle with strong performances

The H2 AGV shows strong and distinctive performance, which are detailed below:

“Once again, we are expanding our range of hydrogen-powered fuel cell products to support the zero-emission drive in the port sector. We believe our H2 AGV will contribute significantly to the operation efficiency expected in this demanding environment,” said Christophe Gaussin, CEO of GAUSSIN.

Advanced Clean Transportation (ACT) Expo in Los Angeles: May 9 to 12

GAUSSIN is an engineering company that designs, assembles and sells innovative products and services in the transport and logistics field. Its know-how encompasses cargo and passenger transport, autonomous technologies allowing for self-driving solutions such as Automotive Guided Vehicles, and the integration all types of batteries, electric and hydrogen fuel cells in particular. With more than 50,000 vehicles worldwide, GAUSSIN enjoys a strong reputation in four fast-expanding markets: port terminals, airports, logistics and people mobility. The group has developed strategic partnerships with major global players in order to accelerate its commercial penetration: Siemens Postal, Parcel & Airport Logistics in the airport field, Bolloré Ports and ST Engineering in ports and Bluebus for people mobility. GAUSSIN has broadened its business model with the signing of license agreements accelerating the diffusion of its technology throughout the world. The acquisition of METALLIANCE confirms the emergence of an international group present in all segments of intelligent and clean vehicles.

In January 2022, GAUSSIN successfully completed the 2022 Dakar Rally with its H2 Racing Truck, the first hydrogen-powered vehicle to enter the race and generate zero CO2 emissions.

In March 2022, Christophe Gaussin was named “Hydrogen Personality of the year” at the Hydrogénies – Trophées de l’hydrogène ceremony held at the French National Assembly.

GAUSSIN has been listed on Euronext Growth in Paris since 2010.