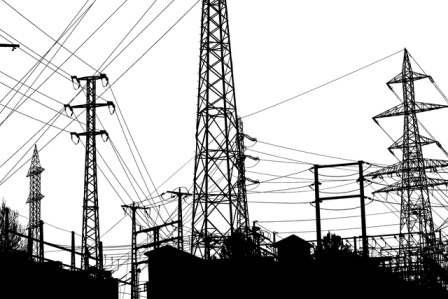 The team from Cardiff University say that over the course of a year the house exports 1.3 times more electricity to the grid than it consumes, thus resulting in overall net negative carbon emissions, equating to around -179 kg per year.

The team have presented their findings in a new paper published in the journal Energies.

Built in 2015, the SOLCER House was the first affordable energy positive house to be built in the UK and was designed to generate more energy over a year than needed to heat, ventilate, light and power appliances in the building.

The 100m2, three-bedroom house was built using locally sourced materials wherever possible at a cost of £1,200/m2 and adopted a ‘whole house systems approach’ that incorporates technologies for generating electrical and thermal energy into the architectural design.

For example, the photovoltaic solar panels form the south-facing roof, reducing the need for roof tiles, whilst a solar air heating system make up the first-floor external wall finish instead of a traditional render.

Each of the novel technologies used within the house were selected to work together and operate as a single system to provide heating and domestic hot water.

Over the past five years, the team have been continuously monitoring the house at five-minute intervals using sensors integrated into the building and technologies, giving the researchers a wealth of data to pore over. Simulations have also been run using models that have been developed and enhanced by Cardiff University over the past 40 years, allowing the team to understand the annual hourly thermal performance of the building, combining local weather data, building construction details and occupancy profiles.

Analysis has indicated that the house, under normal occupancy, imports about 25% of its energy from the grid, mainly to meet heating needs during colder months, but over the year 1.3 times the amount that it imports is exported back to the grid, therefore having a positive impact overall.

The total annual electricity imported from the grid is 1112 kWh compared to the exported value of 1458 kWh, giving an overall energy-positive performance of 346 kWh.

“Our research has illustrated how a combination of energy modelling and detailed monitoring can lead to a better understanding of how a building performs. This is very important as we combine individual low energy components into whole systems” said Dr Jo Patterson from Cardiff University’s Welsh School of Architecture.

“We aimed to keep the construction costs affordable, to provide the housing market with something to replicate, particularly social housing, where low energy costs can be a huge benefit for residents.”

Since the SOLCER House was built, Cardiff University research has led the Welsh Government to invest £91 million in grants to private and local authority developers. This has seen the construction of over 1,400 affordable and low-carbon houses, many of which were based on technologies demonstrated in the SOLCER House.

On Tuesday 9 February, Cardiff University is hosting an event in which Dr Patterson and host of Grand Designs Kevin McCloud MBE will discuss how sustainable housing for all can be achieved.