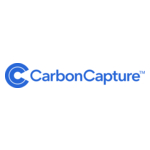 LOS ANGELES–(BUSINESS WIRE)–#CarbonCapture–CarbonCapture Inc. (CarbonCapture), a U.S. climate tech company that develops direct air capture (DAC) systems based on a groundbreaking modular open systems architecture, today announced the appointment of energy-industry veteran Robert Whyte to the newly created role of Vice President, Projects. Whyte will be responsible for leading the development, implementation, and operation of the company’s DAC projects. His initial focus will be on the rollout of CarbonCapture’s Project Bison, scheduled to break ground in 2023. The Wyoming-based facility is expected to permanently remove five million tons of atmospheric CO2 by 2030.

“With 25 years in engineering and major project leadership, Robert brings a tremendous amount of experience to CarbonCapture,” said Adrian Corless, CEO and CTO, CarbonCapture Inc. “Robert’s extensive background in the energy industry, having managed and delivered large-scale projects around the world, makes him the ideal choice to lead our project team. We’re extremely pleased to welcome him to the company.”

Whyte joins CarbonCapture after nearly 20 years at Suncor Energy Service, Inc. where he managed multibillion-dollar assets in all stages of development. He also oversaw large-scale operations at organizations throughout North America, the Middle East, and Europe.

“It’s rare to have an opportunity to make such a major positive impact on the world,” said Robert Whyte, Vice President, Projects, CarbonCapture Inc. “I look forward to doing my part to support the company as we pursue our mission to decarbonize the atmosphere.”

Whyte holds a Bachelor of Engineering Mechanical from University of Victoria, a diploma of Mechanical Engineering Technology from Northern Alberta Institute of Technology and is a member of the Association of Professional Engineers and Geoscientists of Alberta.