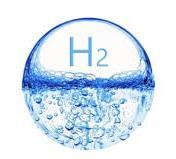 DEERFIELD, Ill.–(BUSINESS WIRE)–CF Industries Holdings, Inc. (NYSE: CF), a leading global manufacturer of hydrogen and nitrogen products, today informed customers it serves by Union Pacific rail lines that railroad-mandated shipping reductions would result in nitrogen fertilizer shipment delays during the spring application season and that it would be unable to accept new rail sales involving Union Pacific for the foreseeable future. The Company understands that it is one of only 30 companies to face these restrictions.

CF Industries ships to customers via Union Pacific rail lines primarily from its Donaldsonville Complex in Louisiana and its Port Neal Complex in Iowa. The rail lines serve key agricultural areas such as Iowa, Illinois, Kansas, Nebraska, Texas and California. Products that will be affected include nitrogen fertilizers such as urea and urea ammonium nitrate (UAN) as well as diesel exhaust fluid (DEF), an emissions control product required for diesel trucks. CF Industries is the largest producer of urea, UAN and DEF in North America, and its Donaldsonville Complex is the largest single production facility for the products in North America.

“The timing of this action by Union Pacific could not come at a worse time for farmers,” said Tony Will, president and chief executive officer, CF Industries Holdings, Inc. “Not only will fertilizer be delayed by these shipping restrictions, but additional fertilizer needed to complete spring applications may be unable to reach farmers at all. By placing this arbitrary restriction on just a handful of shippers, Union Pacific is jeopardizing farmers’ harvests and increasing the cost of food for consumers.”

On Friday, April 8, 2022, Union Pacific informed CF Industries without advance notice that it was mandating certain shippers to reduce the volume of private cars on its railroad effective immediately. The Company was told to reduce its shipments by nearly 20%. CF Industries believes it will still be able to fulfill delivery of product already contracted for rail shipment to Union Pacific destinations, albeit with likely delays. However, because Union Pacific has told the Company that noncompliance will result in the embargo of its facilities by the railroad, CF Industries may not have available shipping capacity to take new rail orders involving Union Pacific rail lines to meet late season demand for fertilizer.

The application of nitrogen fertilizer is critical to maximizing crop yields. If farmers are unable to secure all the nitrogen fertilizer that they require in the current season because of supply chain disruptions such as rail shipping restrictions, the Company expects yield will be lower. This will likely extend the timeline to replenish global grains stocks. Low global grains stocks continue to support high front month and forward prices for nitrogen-consuming crops, which has contributed to higher food prices.

CF Industries intends to engage directly with the federal government to ask that fertilizer shipments be prioritized so that spring planting is not adversely impacted.

“CF Industries’ North American manufacturing network continues to produce at a high rate to meet the needs of customers, farmers and consumers,” said Will. “We urge the federal government to take action to remove these Union Pacific rail shipment restrictions to ensure this vital fertilizer will be able to reach U.S. farmers when and where they need it.”

At CF Industries, our mission is to provide clean energy to feed and fuel the world sustainably. With our employees focused on safe and reliable operations, environmental stewardship, and disciplined capital and corporate management, we are on a path to decarbonize our ammonia production network – the world’s largest – to enable green and blue hydrogen and nitrogen products for energy, fertilizer, emissions abatement and other industrial activities. Our nine manufacturing complexes in the United States, Canada, and the United Kingdom, an unparalleled storage, transportation and distribution network in North America, and logistics capabilities enabling a global reach underpin our strategy to leverage our unique capabilities to accelerate the world’s transition to clean energy. CF Industries routinely posts investor announcements and additional information on the Company’s website at www.cfindustries.com and encourages those interested in the Company to check there frequently.