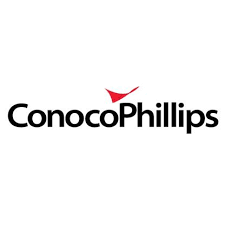 In addition, ConocoPhillips today announced a $5 billion increase in planned 2022 return of capital to $15 billion. The company declared both a third-quarter ordinary dividend of 46 cents per share and a fourth-quarter variable return of cash (VROC) payment of $1.40 per share.

“The second quarter delivered strong financial results and presented outstanding opportunities to accelerate progress on our Triple Mandate to reliably and responsibly deliver oil and gas production to meet energy transition pathway demand, deliver competitive returns on and of capital for our shareholders, and achieve our net-zero operational emissions ambition,” said Ryan Lance, chairman and chief executive officer. “We’re increasing our targeted 2022 return to shareholders by an additional $5 billion while taking steps to meet transition demand with recent announcements to expand our global LNG portfolio. We also progressed our ESG priorities by committing to an important initiative to verifiably measure and report methane emissions and published both our 2021 Sustainability and Human Capital Management reports to share how we’re meeting those priorities.”

Production for the second quarter of 2022 was 1,692 thousand barrels of oil equivalent per day (MBOED), an increase of 104 MBOED from the same period a year ago. After adjusting for closed acquisitions and dispositions and the conversion of previously acquired Concho contracted volumes from a two-stream to a three-stream basis, second-quarter 2022 production decreased by 69 MBOED or 4% from the same period a year ago. Organic growth from Lower 48 and other development programs more than offset decline; however, production was lower overall primarily due to planned and unplanned downtime.

In the Lower 48, production averaged 977 MBOED, including 634 MBOED from the Permian, 233 MBOED from the Eagle Ford and 91 MBOED from the Bakken. In Canada, drilling and completion activities continued at Montney while construction progressed on the second phase of the company’s processing facility. Turnarounds were successfully completed in Europe and Canada. In Qatar, the company signed an agreement with QatarEnergy to form a new joint venture that will participate with a 12.5% interest in the North Field East LNG project. Subject to regulatory approvals, ConocoPhillips will hold a 25% interest in this joint venture.

Earnings and adjusted earnings increased from second-quarter 2021 primarily due to higher realized prices. The company’s total average realized price was $88.57 per barrel of oil equivalent (BOE), 77% higher than the $50.03 per BOE realized in the second quarter of 2021, as production remains unhedged and thus realizes the full impact of changes in marker prices.

Production for the first six months of 2022 was 1,720 MBOED, an increase of 162 MBOED from the same period a year ago. After adjusting for closed acquisitions and dispositions, the conversion of previously acquired Concho contracted volumes from a two-stream to a three-stream basis, and 2021 Winter Storm Uri impacts, production decreased 53 MBOED or 3% from the same period a year ago. Organic growth from Lower 48 and other development programs more than offset decline; however, production was lower overall primarily due to planned and unplanned downtime.

The company’s total realized price during this period was $82.70 per BOE, 73% higher than the $47.79 per BOE realized in the first six months of 2021, reflecting higher marker prices.

In the first half of 2022, cash provided by operating activities was $13.0 billion. Excluding a $1.9 billion change in working capital, ConocoPhillips generated CFO of $14.9 billion. Dispositions generated $3.0 billion, including $1.4 billion from sale of Cenovus Energy (CVE) shares, with the proceeds from CVE sales applied to share repurchases. The company funded $5.1 billion of capital expenditures and investments, comprised of $3.7 billion in operating capital and $1.4 billion to acquire an additional 10% interest in Australia Pacific LNG. In addition, the company paid $1.9 billion in ordinary dividends and VROC, repurchased $3.7 billion of shares and paid $2.9 billion to reduce total debt.

The company updated its 2022 adjusted operating cost guidance to $7.5 billion versus the prior guidance of $7.3 billion, reflecting commodity price-related impacts. Full-year guidance for adjusted corporate segment net loss has been lowered to $0.9 billion from $1.0 billion primarily due to lower net interest expense. Full-year guidance for depreciation, depletion and amortization has decreased to $7.6 billion. Capital guidance remains unchanged.

ConocoPhillips will host a conference call today at 12:00 p.m. Eastern time to discuss this announcement. To listen to the call and view related presentation materials and supplemental information, go to www.conocophillips.com/investor.

ConocoPhillips is one of the world’s leading exploration and production companies based on both production and reserves, with a globally diversified asset portfolio. Headquartered in Houston, Texas, ConocoPhillips had operations and activities in 13 countries, $94 billion of total assets and approximately 9,400 employees at June 30, 2022. Production averaged 1,720 MBOED for the six months ended June 30, 2022, and proved reserves were 6.1 BBOE as of Dec. 31, 2021. For more information, go to www.conocophillips.com.

This news release contains forward-looking statements as defined under the federal securities laws. Forward-looking statements relate to future events, plans and anticipated results of operations, business strategies, and other aspects of our operations or operating results. Words and phrases such as “anticipate,” “estimate,” “believe,” “budget,” “continue,” “could,” “intend,” “may,” “plan,” “potential,” “predict,” “seek,” “should,” “will,” “would,” “expect,” “objective,” “projection,” “forecast,” “goal,” “guidance,” “outlook,” “effort,” “target” and other similar words can be used to identify forward-looking statements. However, the absence of these words does not mean that the statements are not forward-looking. Where, in any forward-looking statement, the company expresses an expectation or belief as to future results, such expectation or belief is expressed in good faith and believed to be reasonable at the time such forward-looking statement is made. However, these statements are not guarantees of future performance and involve certain risks, uncertainties and other factors beyond our control. Therefore, actual outcomes and results may differ materially from what is expressed or forecast in the forward-looking statements. Factors that could cause actual results or events to differ materially from what is presented include the impact of public health crises, including pandemics (such as COVID-19) and epidemics and any related company or government policies or actions; global and regional changes in the demand, supply, prices, differentials or other market conditions affecting oil and gas, including changes resulting from any ongoing military conflict, including the conflict between Russia and Ukraine and the global response to it, or from a public health crisis or from the imposition or lifting of crude oil production quotas or other actions that might be imposed by OPEC and other producing countries and the resulting company or third-party actions in response to such changes; changes in commodity prices, including a prolonged decline in these prices relative to historical or future expected levels; insufficient liquidity or other factors, such as those listed herein, that could impact our ability to repurchase shares and declare and pay dividends such that we suspend our share repurchase program and reduce, suspend, or totally eliminate dividend payments in the future, whether variable or fixed; changes in expected levels of oil and gas reserves or production; potential failures or delays in achieving expected reserve or production levels from existing and future oil and gas developments, including due to operating hazards, drilling risks or unsuccessful exploratory activities; unexpected cost increases, inflationary pressures or technical difficulties in constructing, maintaining or modifying company facilities; legislative and regulatory initiatives addressing global climate change or other environmental concerns; investment in and development of competing or alternative energy sources; disruptions or interruptions impacting the transportation for our oil and gas production; international monetary conditions and exchange rate fluctuations; changes in international trade relationships, including the imposition of trade restrictions or tariffs on any materials or products (such as aluminum and steel) used in the operation of our business, including any sanctions imposed as a result of any ongoing military conflict, including the conflict between Russia and Ukraine; our ability to collect payments when due under our settlement agreement with PDVSA; our ability to collect payments from the government of Venezuela as ordered by the ICSID; our ability to complete any announced or any future dispositions or acquisitions on time, if at all; the possibility that regulatory approvals for any announced or any future dispositions or acquisitions will not be received on a timely basis, if at all, or that such approvals may require modification to the terms of the transactions or our remaining business; business disruptions following the acquisition of assets from Shell (the “Shell Acquisition”) or any other announced or any future dispositions or acquisitions, including the diversion of management time and attention; the ability to deploy net proceeds from our announced or any future dispositions in the manner and timeframe we anticipate, if at all; potential liability for remedial actions under existing or future environmental regulations; potential liability resulting from pending or future litigation, including litigation related directly or indirectly to our transaction with Concho Resources Inc.; the impact of competition and consolidation in the oil and gas industry; limited access to capital or significantly higher cost of capital related to illiquidity or uncertainty in the domestic or international financial markets; general domestic and international economic and political conditions or developments, including as a result of any ongoing military conflict, including the conflict between Russia and Ukraine; the ability to successfully integrate the assets from the Shell Acquisition or achieve the anticipated benefits from the transaction; unanticipated difficulties or expenditures relating to the Shell Acquisition; changes in fiscal regime or tax, environmental and other laws applicable to our business; and disruptions resulting from accidents, extraordinary weather events, civil unrest, political events, war, terrorism, cyber attacks or information technology failures, constraints or disruptions; and other economic, business, competitive and/or regulatory factors affecting our business generally as set forth in our filings with the Securities and Exchange Commission. Unless legally required, ConocoPhillips expressly disclaims any obligation to update any forward-looking statements, whether as a result of new information, future events or otherwise.

Use of Non-GAAP Financial Information – To supplement the presentation of the company’s financial results prepared in accordance with U.S. generally accepted accounting principles (GAAP), this news release and the accompanying supplemental financial information contain certain financial measures that are not prepared in accordance with GAAP, including adjusted earnings (calculated on a consolidated and on a segment-level basis), adjusted earnings per share, cash from operations (CFO), adjusted operating costs and adjusted corporate segment net loss.

Reconciliations of each non-GAAP measure presented in this news release to the most directly comparable financial measure calculated in accordance with GAAP are included in the release.

References in the release to earnings refer to net income.