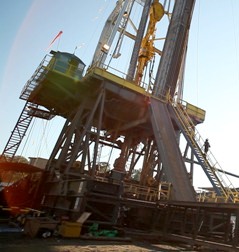 By end of 2021, eight wells are expected to be drilled in Tambococha and five in Sacha, according to an announcement by the state oil company.

By end of March 2021, EP Petroecuador hope to recover production by 400 thousand barrels of crude per day and will maintain it until the end of the government period, on May 24.

This was announced by the General Manager of the company, Gonzalo Maldonado, and reported that, subsequently, it will increase, during the last semester of 2021, thanks to the drilling of eight wells in Tambococha, Block 43 ITT; and five wells in Campo Sacha, both located in the province of Orellana. “Drilling at Tambococha will allow us to maintain the production curve without there being a natural decline in that field. In the case of Sacha, the incremental production will be 2,500 barrels per day in the annual average. Additionally, we are developing ecological access to Ishpingo to start working on platforms A and B, at the end of this year, which have the respective Environmental License , ” Maldonado reported.

Likewise, the Head of EP Petroecuador indicated that, after the drop in production in 2020, due to the effects of the pandemic, the drop in the price of oil and the rupture of the pipelines, “the company has taken the necessary initiatives and is carrying out its better efforts to maintain production and lay the foundations so that the next government can have the possibility of having a production greater than those 400 thousand barrels , in addition to exportable income, for the benefit of the country ” .

Currently, EP Petroecuador produces more than 397 thousand barrels of oil. The company operates in 23 Blocks: 20 in the Amazon and 3 in the Littoral.