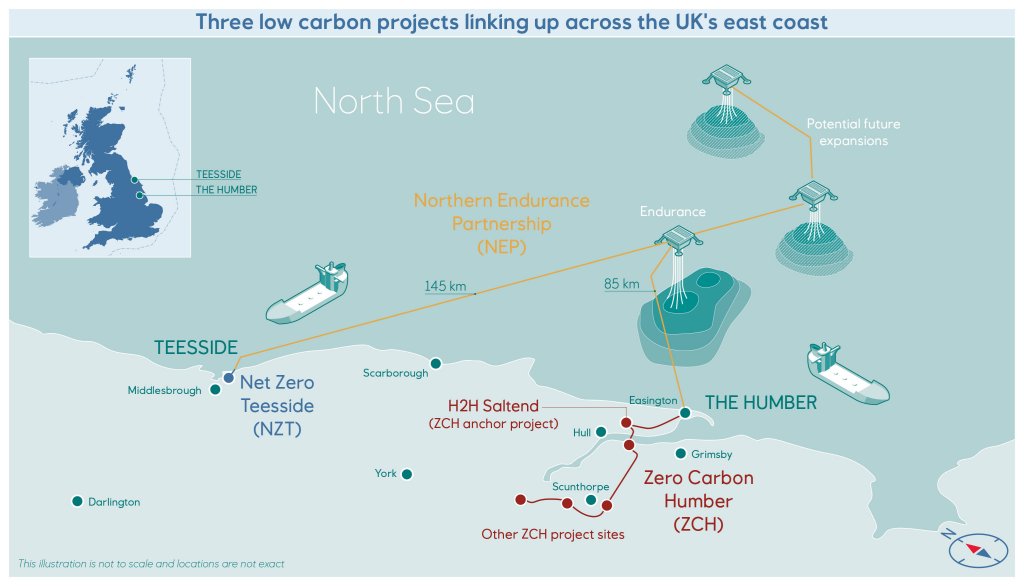 All three of Equinor’s projects to deliver deep cuts in emissions from industries and support clean growth on the UK’s east coast have received public funding from UK authorities. With a combination of private and public funding, Equinor and its partners will now progress these projects in order to create the world’s first net zero industrial cluster by 2040.

On 17 March 2021 the UK Government announced the funding awards under the UK’s Industrial Strategy Challenge Fund (ISCF) to three project consortia in which Equinor is directly involved:

Northern Endurance Partnership (NEP), a six-company partnership (with ENI, National Grid, Shell, Total and operator bp) to develop offshore carbon dioxide transport and storage infrastructure in the UK North Sea that will serve both ZCH and NZT. The three successful bids amount to GBP 229 million in private and public funding, with Equinor and its partners contributing more than two-thirds of the total.