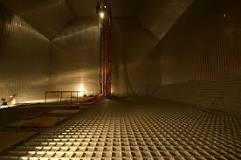 ExxonMobil and QatarEnergy today announced they have signed an agreement to further develop Qatar’s North Field East project, which will expand Qatar’s annual LNG capacity from 77 million tons to 110 million tons by 2026. The deal was announced at QatarEnergy’s headquarters in Doha.

With North Field East, ExxonMobil’s participation in Qatar LNG volumes is expected to increase total capacity from 52 to 60 million tons per year. Under the terms of the agreement, QatarEnergy and ExxonMobil will become partners in a new joint venture company (JV), in which QatarEnergy will hold a 75% interest with ExxonMobil holding the remaining 25% interest. The JV will own 25% of the entire North Field East project, including four LNG trains with a combined nameplate capacity of 32 million tons per year.