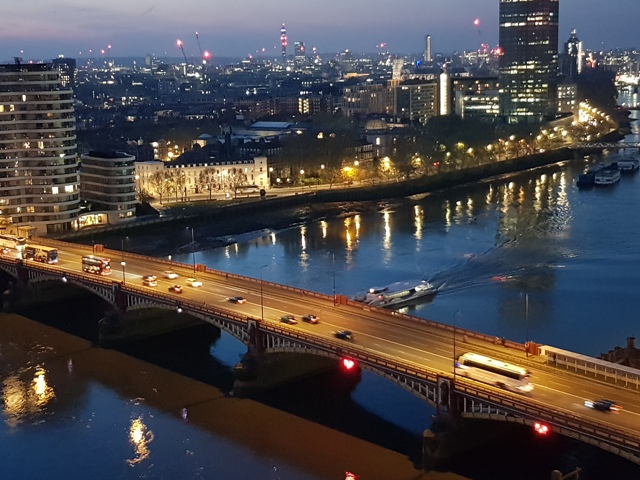 “We cannot rely on linear developments and a steady energy transition over the next 30 years to 2050.” says William Gillett, Energy Programme Director of EASAC. The European Commission’s public consultation on the revision of the renewable energy directive gives EASAC the opportunity to remind the EU to step up its game. “Scientific evidence shows we have less than 15 years left to avoid a grim future”, explains Gillett.

“The IPCC special report has shown that, if GHG emissions are not reduced quickly over the next 10 to 15 years, then the average global temperature will rise above 1.5 to 2 degrees, and the resulting effects on our climate will be disastrous” says Gillett: “Of course, researchers will continue to work on what can be done after 2030, but today’s EU energy legislation should have a clear focus on what must be done before 2030.”

The biggest source of GHG emissions in the EU is the use of fossil fuels in industry, buildings and transport. The overriding principle for a revision to the renewable energy directive must therefore be to strengthen requirements that will maximise reductions in GHG emissions before 2030 by increasing the use of truly no-carbon renewables together with the best energy efficiency measures in these sectors.

Embodied carbon – ambitious targets are needed for the future deployment of renewable energy systems. However, this deployment will produce large quantities of GHG emissions from embodied energy in the materials and components used. Those embodied emissions will come not only from the renewable energy systems, but also from the new infrastructure that they need and from the energy efficiency measures which should accompany their use in buildings, industry and transport. When prioritising revisions to RED II, the aim should therefore be to minimise the cumulative GHG emissions (including embodied emissions) that will be produced during the next 10-15 years.

Bioenergy – so far, certain types of woody biomass have been free-riding on the assumption that all biomass use is carbon neutral. Yet, to contribute to limiting global warming to 1.5 degrees, only biomass resources with carbon payback times of less than 10-15 years should be defined as renewable and made eligible for support or for being counted towards renewable energy targets. This will bring additional benefits by discouraging the burning of whole trees, as recommended in the EU Biodiversity strategy.

Simplification of targets – the multiplication factors and double counting used with targets for renewable transport fuels are confusing. To reduce confusion and help to build public confidence in the use of targets and public funding for renewables, the multipliers and double counting should be replaced by ambitious / meaningful / easy-to-understand sub-sector targets where needed.

Buildings – the current EU definition[1] of nearly zero energy buildings (NZEB) has led to different definitions by Member States across the EU. Unfortunately, the cheapest option to comply, especially for historic buildings, can be to add renewable generators (usually PV) to energy-inefficient buildings instead of performing deep renovations. This option increases renewable energy generation in the summer but does not reduce the total annual thermal energy needs of the building. Moreover, in Northern European buildings, adding PV generators will typically deliver negligible reductions in GHG emissions from space heating systems in winter.

The definition of NZEB should therefore be revised to focus on the annual final energy consumption of the building (kWh/m2.yr), together with the percentages that are supplied by renewable energy, co-generation and waste heat from external sources (such as district heating) and self-consumption. To promote NZEB for the “renovation wave” would then become consistent with promoting deep renovations together with the use of renewable energy, cogeneration and waste heat from external sources and self-consumption.

Integration – the use of renewable energy sources should be optimised by promoting sector coupling, for example by encouraging the intelligent use of excess renewable electricity supplies through heat pumps in district heating and cooling systems.

Energy poverty – this should not be tackled by using public funds to pay high energy bills for low-income households. Instead, public funding should support deep renovations of buildings together with renewable energy supplies. This principle should be more strongly emphasised in the renewable energy directive.

About the European Academies’ Science Advisory Council (EASAC)
EASAC is formed by the national science academies of the EU Member States, Norway, Switzerland and United Kingdom, to collaborate in giving advice to European policy-makers. EASAC provides a means for the collective voice of European science to be heard. Through EASAC, the academies work together to provide independent, expert, evidence-based advice about the scientific aspects of European policies to those who make or influence policy within the European institutions.