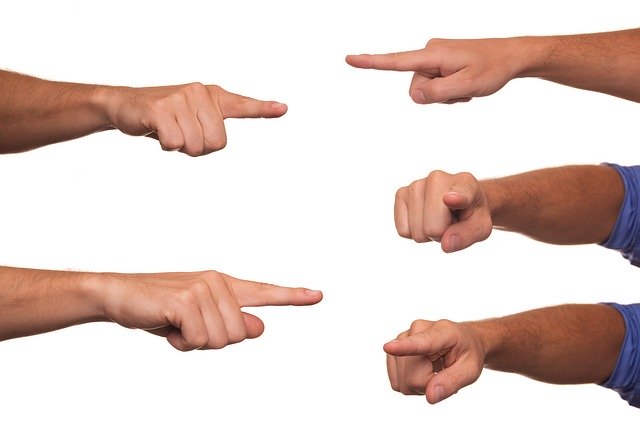 STAFFORD, Texas–(BUSINESS WIRE)–Microvast Holdings, Inc. (NASDAQ: MVST) (“Microvast” or the “Company”), a technology innovator that designs, develops and manufactures lithium-ion battery solutions, today announced that Craig Webster, a long-standing member of the Company’s Board of Directors (“Board”), has been appointed as the Company’s new Chief Financial Officer, effective as of April 14, 2022. Yanzhuan (Leon) Zheng, who has served as the Company’s Chief Financial Officer since 2010, will continue to serve as a member of the Board and will transition into a senior advisory role with the Company.

Additionally, Microvast today announced that Sascha Rene Kelterborn, the Company’s Chief Revenue Officer and Managing Director of its Europe, Middle East and Africa division (“Microvast EMEA”), has been appointed as President of Microvast, where he will lead the day-to-day operations of the Company.

During Mr. Zheng’s tenure, Microvast significantly expanded its scale and scope, culminating in a business combination to become a publicly-traded company. “Leon has been a major architect of Microvast’s success during his many years of service. This includes his tremendous leadership in transitioning Microvast from a privately held company to a publicly listed company,” said Microvast’s Chairman, Chief Executive Officer and founder, Yang Wu. “Leon has been a great partner and a key leader. I’ve appreciated and relied on his level-headed and thoughtful approach. Microvast thanks him for his service and looks forward to continuing to benefit from his experience and expertise in his role as senior advisor.”

Mr. Wu continued: “Looking to the future, I believe Craig’s long history of serving on the board of Microvast, as well as his extensive business experience investing and deal-making in a wide variety of sectors around the world make him the ideal next CFO. Success on a global scale requires successful coordination with important stakeholders across our operations, business development and capital structure. Craig knows the industry and our business very well and has played an important role in developing our strategy for many years, which makes him uniquely suited to shepherd Microvast through its next phase of growth.”

“Similarly, as a key member of our senior leadership team, Sascha has had a tremendous impact on growing our global customer base and penetrating new geographic markets, especially in Europe. Sascha has extensive experience managing multinational operations and has proven capable of creating long-term strategic relationships with our clients and partners.”

“Serving as Microvast’s CFO has been the highlight of my career,” said Mr. Zheng. “I’m proud to see how this Company has grown and am excited for its future. I am confident that under Craig’s leadership, the finance team will continue to help drive the Company’s growth and benefit from his track record in accessing capital from public and private markets.”

“I am very excited and honored to step into this role for Microvast, a Company I’ve believed in and served for many years,” said Mr. Webster. “The Company has an enviable position of being a proven technological innovator that continues to push boundaries. I’m eager to join a highly talented team and execute on many growth opportunities.”

“I am very excited and honored to be named President of Microvast,” said Mr. Kelterborn. “As Chief Revenue Officer and Managing Director of Microvast EMEA, I have helped the Company grow its revenue and relationships and look forward to further growing our business worldwide. It is a privilege to be asked to lead Microvast and a team for which I have great admiration.”

Craig Webster was elected to the Company’s Board on July 23, 2021. He previously served as a director of Microvast, Inc. since 2012. Mr. Webster joined the Ashmore Group, a dedicated Emerging Markets investment manager, in January 2005, holding positions as General Counsel from 2007 to 2010 and most recently as Senior Portfolio Manager and Global Head of its Special Situations Funds from 2013 to 2018. During his time at Ashmore, he was also a member of the firm’s investment committees for its special situations funds and Latam Infrastructure Fund. He previously served as a director for BTS Group Holdings PCL (BKK: BTS) and Petron Corporation (Philippines: PCOR). Prior to the Ashmore Group, Mr. Webster worked as a lawyer specializing in cross-border M&A and corporate restructurings with Weil, Gotshal & Manges from 1998 to 2003. Mr. Webster began his career as a lawyer with DLA (now DLA Piper) in 1998. Mr. Webster holds a bachelor of arts degree in Marketing from the University of Stirling and the CPE and LPC qualifications from the College of Law (York).

Sascha Rene Kelterborn was appointed as Chief Revenue Officer of Microvast on July 23, 2021. He previously served as the Chief Revenue Officer of Microvast, Inc. and Managing Director of Microvast EMEA since February 2021. From January 2018 until February 2021, he was Microvast, Inc.’s Senior Vice President of Sales & Marketing Western Globe. He has also served as Managing Director of Microvast Power Systems Co., Ltd. and of Microvast EMEA since June 2017. He originally joined Microvast as Deputy Managing Director of Microvast GmbH in January 2017. Prior to joining the Company, he served as Managing Director of Kelterborn & Partner, providing consulting services to the railway, building supply and industrial sector from January 2015 to January 2017. From December 2007 until November 2014, he served in numerous positions with Vossloh AG, Werdohl, Germany, including Vice President CIS & Mongolia, December 2010 to November 2014, and Vice President Sales, December 2007 to November 2010. At times during his engagement with Vossloh AG, he also served in the following positions: President of Vossloh Fastening Systems America Corp., Chicago, USA; Regional Director Vossloh Middle East Business Rail LLC, Abu Dhabi, UAE; Member of the International Sales Steering Committee of the Vossloh AG; Member of the supervisory board of ZAO Vossloh Fastening Systems, Moscow, Russia; and Member of the supervisory board of Vossloh Fastening Systems, Kunshan, China. Mr. Kelterborn holds a bachelor of arts from the University of Applied Science in Kiel, Germany.

Microvast is a technology innovator that designs, develops and manufactures lithium-ion battery solutions. Microvast is renowned for its cutting-edge cell technology and its vertical integration capabilities which extend from core battery chemistry (cathode, anode, electrolyte, and separator) to modules and packs. By integrating the process from raw material to system assembly, Microvast has developed a family of products covering a breadth of market applications, including electric vehicles, energy storage and battery components. Microvast was founded in 2006 and is headquartered near Houston, Texas. For more information, please visit www.microvast.com or follow us on LinkedIn or Twitter (@microvast).

This communication contains “forward-looking statements” within the meaning of the Private Securities Litigation Reform Act of 1995. Such statements include, but are not limited to, statements about future financial and operating results, our plans, objectives, expectations and intentions with respect to future operations, products and services; and other statements identified by words such as “will likely result,” “are expected to,” “will continue,” “is anticipated,” “estimated,” “believe,” “intend,” “plan,” “projection,” “outlook” or words of similar meaning. These forward-looking statements include, but are not limited to, statements regarding Microvast’s industry and market sizes, future opportunities for Microvast and the combined company and Microvast’s estimated future results. Such forward-looking statements are based upon the current beliefs and expectations of our management and are inherently subject to significant business, economic and competitive uncertainties and contingencies, many of which are difficult to predict and generally beyond our control. Actual results and the timing of events may differ materially from the results anticipated in these forward-looking statements.