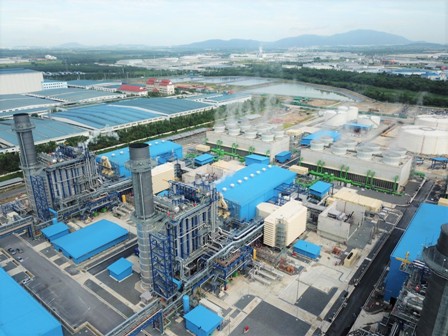 Mitsubishi Power, has commenced operation of a second M701JAC gas turbine unit for natural gas-fired power plants in Thailand. Inaugurated on October 1, this is the second of eight units ordered on a full-turnkey basis as part of a joint venture between Gulf Energy Development Public Company Limited, one of Thailand’s largest independent power producers (IPP), and Mitsui & Co., Ltd. The first unit, which was also a first M701JAC in Southeast Asia, started commercial operation at the end of March this year. The GTCC Power Plant in Chonburi

This M701JAC joins the global fleet of J-Series and JAC-Series gas turbines that have amassed more than 1.4 million operating hours; with 83 units ordered across the globe. When completed, the eight units in the project will form a gas turbine combined cycle (GTCC) power system with a total output of 5,300 megawatts (MW). A 25-year long-term service agreement (LTSA) for these units is also in effect and Mitsubishi Power is fully supporting the customer’s reliable operation and maintenance of the first and the second units through remote monitoring of plant operation with TOMONITM, which is Mitsubishi Power’s digital solution service including an analytical platform developed for the optimization of power plant operation. The construction of the remaining six units have commenced and are fully through 2024 when the final unit will commence commercial operations in 2024.