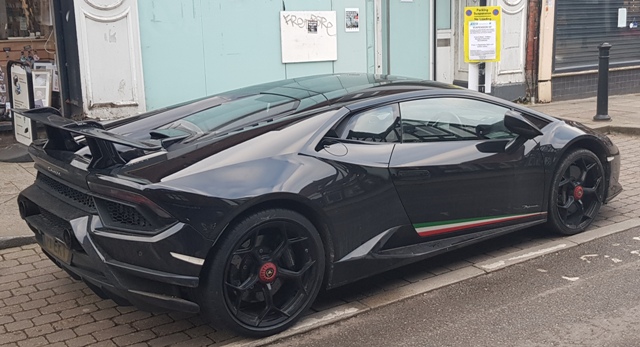 Octopus Energy Group announces a long-term strategic partnership with Canada Pension Plan Investment Board. This global partnership is formed of an initial US$300 million equity investment from CPP Investments with an aspiration to grow the level of committed capital over time to support Octopus in their mission to drive the global green energy revolution. The deal follows a recent investment round with Generation Investment Management and increases Octopus Energy Group’s valuation to approximately US$5 billion. Read More

The International Aviation Climate Ambition Coalition was launched at the COP26 climate change summit in Glasgow.

Through this declaration, member states of the coalition commit to working together to support the adoption of an ambitious global goal for international aviation CO2 emissions by the International Civil Aviation Organization. They also commit to supporting specific measures to reduce aviation emissions including sustainable aviation fuels, the CORSIA global offsetting scheme and new aircraft technologies. Read More

The Dubai World Trade Centre Authority (DWTCA) has signed a cooperation agreement with Binance, the world’s leading blockchain and cryptocurrency infrastructure provider, to establish a new international Virtual Asset ecosystem that enhances Dubai position as a global hub for the industry and generates long-term economic growth through digital innovation. The agreement follows a recent announcement establishing DWTCA as the comprehensive zone and regulator for virtual assets and reflects Dubai’s continuous efforts to adopt advanced technologies, especially in Fin-tech sector. Binance is one the largest cryptocurrency exchanges in the world, responsible for $7.7 trillion crypto exchange volume in 2021, while the daily trading volume is around $80 billion, and the number of users is estimated at 28 million. Read More

Nigeria has emerged the overall best country at the Open Government Partnership (OGP) global awards taking place in Seoul, South Korea, for its recent reforms in the oil and gas industry. Nigeria beat other countries in Africa and the Middle East that are implementing the OGP at the opening ceremony of the summit of member countries, for setting up a Beneficial Ownership (BO) registry to end anonymous companies in the country. Read More

Libya’s National Oil Company (NOC) has said that crude oil production has been shut in from four of Libya’s oilfields, including the prolific El Sharara. Stopping the production of the El-Sharara, El-Feel, Al-Wafa and Hamada fields, and the loss of more than 300,000 barrels per day at the hands of members of the Petroleum Facilities Guard, as a result of wasting the country’s wealth Read More

In addition to what was reported from the newly created Ministry of Oil of legal confusion and fallacies regarding its minister’s claim that the Chairman of the National Oil Corporation (NOC) was suspended from work on October 14, 2021. The NOC reports that the Administrative Control Authority, which is the highest supervisory authority in the country, had ruled, in accordance with its letter No. (21-7596) dated October 25, 2021, that the decision of the “Minister of Oil” was invalid, and the Authority considered that this decision is nothingness Because it was issued by a non-specialist.

The National Oil Corporation has clarified on several occasions the invalidity of these flawed decisions issued by the minister with more personal than professional motives, which reflect a great shortcoming and lack of understanding of the law regulating state institutions, which defines the powers of everyone without exception, but the minister insists on transgressing his powers and practicing a policy of misinformation. For the purpose of disrupting the work of the National Oil Corporation, which, thanks Allah and the efforts of its workers, was able to achieve the highest financial revenues for the Libyan treasury in light of the scarcity of budgets and the lack of the necessary funding resources. Read More

Nigeria’s effort to meet its production quota recorded a 10 percentage points drop month on month to 239 per cent in November even as the country raised production slightly. In overall the Organisation of Petroleum Exporting Countries and allies (OPEC)+ compliance with oil production cuts rose to 117 per cent in November from 116 per cent a month earlier, two sources from the group told Reuters, indicating production levels remain well below agreed targets. Read More

AlNowais invests $1bln in Egyptian solar and wind projects. UAE-based AlNowais Investments is putting $1 billion in two renewable energy plants in Egypt that will be ready in 2 to 3 years, the firm’s Chairman Hussain Al-Nowais revealed. The first project consists of a solar plant in Southern Egypt, and the second consists of a wind farm on the Red Sea. Both have a capacity of 500 MW each, he told Asharq, on the sidelines of an Economic Forum held in Cairo. Read More

Carbon Plantations Ltd, a new business backed by Aether Energy Ltd, has received regulatory approval from the Forestry Commission for the UK’s first ever plantations of a new hybrid species of Paulownia in Norfolk and Suffolk. While Paulownia trees are widespread in Asia, this new Paulownia variety is an infertile hybrid which has been bred to grow in the Northern European climate and can tolerate temperatures as low as -22C. It has already been grown successfully in plantations in Germany, Italy and Spain, as well as other continents. The Paulownia tree is thought to be one of the fastest growing trees in the world, reaching up to 8m in five years, with an equally efficient rate of CO2 absorption. When grown in a properly managed plantation, Carbon Plantations predicts that it will capture over 60 tonnes of CO2 per hectare per year over its average 80-year lifecycle.. Read More

U.S. solar industry will grow 25% less than expected during 2022 thanks to supply chain issues and rising costs, according to a report released by the Solar Energy Industries Association and Wood Mackenzie.. Read More

ACWA Power, a leading developer, investor and operator of power generation, water desalination and green hydrogen plants, today announced executive changes at the C-suite level. Rajit Nanda, the company’s Chief Portfolio Management Officer, is stepping down from his role in January 2022, to pursue other interests. Kashif Rana, ACWA Power’s Chief Financial Officer (CFO), who has held this position for over 8 years and steered the company through its successful public listing, will take over the portfolio management role, while remaining the CFO. Mr. Rana will be assisted by Mr. Nanda for a few months in an advisory capacity to help with the transition. Read More

The pipeline is built and being filled with natural gas. But Russia’s Nord Stream 2 faces a rocky road before any gas flows to Germany, with its new leaders adopting a more skeptical tone toward the project and tensions ratcheting up over Russia’s troop buildup at the Ukrainian border.

The pipeline opposed by Ukraine, Poland and the U.S. awaits approval from Germany and the European Union to bypass other countries and start bringing natural gas directly to Europe. The continent is struggling with a shortage that has sent prices surging, fueling inflation and raising fears about what would come next if gas supplies become critically low. Read More