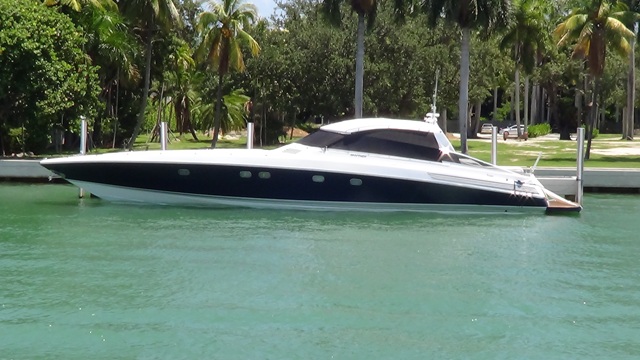 Oil prices fell Friday, after U.S. President Joe Biden announced on Thursday the intention to release one million barrels per day for six months from the U.S. Strategic Petroleum Reserve, starting in May. U.S. crude futures traded at $99.19 a barrel, while the Brent contract fell to $103.99.

Legal & General commences sustainable office reinvention in Maidenhead
Legal & General Investment Management Real Assets (LGIMRA) has started a comprehensive refurbishment of the 129,000 sq ft Tempo office building (previously known as Star House) in Maidenhead town centre. An extensive programme of work is now underway following the announcement of a £40 million contract with construction engineering company ISG, which will transform the four-storey building into one of the greenest, most sustainable and occupier focused buildings in the Thames Valley.

Designed by architect Suttonca, Tempo’s appearance will be transformed whilst sensitively retaining existing stonework on the front of the building to reduce the embodied carbon of the refurbishment. Read More

SMD will provide Rovco with a new Atom EV high performance electric WROV, which will be the first of a fleet of vehicles designed to interface with our latest computer vision and AI capabilities, offering a smarter way of working to drive efficiency and lower project costs. This solution enables us to offer our clients a step change in autonomous services, powered by our technology spin-off, Vaarst.

The Atom EV WROV operates with superior precision in 3 knot water currents, drastically increasing the ROV operating window and enabling us to offer services that others with older technologies cannot. The new vehicle’s cutting-edge DC power system offers high efficiency and a reduced CO2 footprint, together with adaptive onboard flight control which interfaces seamlessly with Vaarst technology and supports future advances in this pioneering solution. The Atom EV WROV will be paired with an all-electric launch and recovery system from MacArtney, pushing eco-credentials even further. Read More

Revenue receipts of $221.7 million in 2021 from the KRG for crude oil sales related to the December 2020 to August 2021 invoices and partial repayment of arrears related to the outstanding November 2019 to February 2020 invoices Read More

The Iraqi Drilling Company signed a partnership contract with the Azerbaijani company (SOCAR) for drilling and oil services. The Director General of the company, Bassim Abdul Karim, said that the contract involves collaboration in the field of drilling and reclamation of oil wells, noting that the term of the contract is three years, that may be extended. It is noteworthy that the Iraqi Drilling Company signed many partnership contracts with major international companies such as (Halliburton, Weatherford, and Schlumberger) to expand the scope of its work and speed up the implementation of projects and benefit from the introduction of modern systems and technology in its work. Read More

The Ministry of Oil and the National Oil Company have held a workshop, attended by a number of international experts, to discuss oil industry management mechanisms in Kurdistan region according to the constitutional grounds. The workshop discussed the features and work basis of the contracts currently concluded in the Kurdistan region. The workshop was attended by H.E the minister, the deputies and directors general of the ministry headquarters, and of the National Oil Company, in addition to the committees established for this purpose. It is reported that the ministry has established a specialized committees to implement the decision of the Federal Court. More

Europe continued to receive Russian natural gas via pipelines on Friday, even after Vladimir Putin threatened European countries that Moscow would cut off gas flows unless buyers complied with Russia’s gas-for-rubles-only demand.

Gas flows via two of the three main pipelines from Russia to Europe—Nord Stream 1 to Germany and one through Ukraine and Slovakia—continued normally as of Friday, while the Yamal-Europe pipeline via Belarus to Poland and Germany was in a reverse flow from Germany to Poland. This has happened occasionally in recent weeks and months and is not reason alone to assume a major change in policy, according to Reuters. Read More

Following the conclusion of the 27th OPEC and non-OPEC Ministerial Meeting, held via videoconference on March 31, it was noted that continuing oil market fundamentals and the consensus on the outlook pointed to a well-balanced market, and that current volatility is not caused by fundamentals, but by ongoing geopolitical developments.
The OPEC and participating non-OPEC oil-producing countries decided to:

Reiterate the critical importance of adhering to full conformity and to the compensation mechanism taking advantage of the extension of the compensation period until the end of June 2022. Compensation plans should be submitted in accordance with the statement of the 15th OPEC and non-OPEC Ministerial Meeting.

Hold the 28th OPEC and non-OPEC Ministerial Meeting on 5 May 2022. Read More

At the Extraordinary 183rd Meeting of the OPEC Conference held via videoconference today, the Conference, in a short meeting, approved with immediate effect, the replacement of the International Energy Agency (IEA) with Wood Mackenzie and Rystad Energy as secondary sources used to assess OPEC Member Countries crude oil production. Read More

Kent was awarded the design contract for the offshore substation for Avangrid Renewables’ Park City Wind project, which will provide 804 Megawatts (MW) of offshore wind power to the state of Connecticut. Kent has now completed the conceptual design of the jacket foundation and topside structure.

The Park City Wind project is located in the federal wind energy area 23 miles off the coast of Massachusetts and will provide enough clean energy to power more than 400,000 homes in Connecticut while creating thousands of jobs. Kent delivered the concept design for the offshore electrical substation following recent work with the Iberdrola Group, which owns Avangrid, on East Anglia Hub and Baltic Eagle. Avangrid Renewables is pleased to partner with Kent and bring its deep, global experience to the development of the Park City Wind project,” said Sy Oytan, Avangrid Renewables’ Senior Vice President for Offshore Project Management. “The design of the offshore substation is critical to the success of this project, and working with Kent allows us to tap into decades of engineering expertise as we continue to advance Park City Wind through the development process.” Kent is one of the leading providers of engineering and design services to the global offshore wind industry, having been involved in over 11GW of fixed and floating offshore wind projects, and sees major potential growth markets for this technology in the US. In January 2022, Avangrid Renewables announced the completion of the restructuring of its existing Vineyard Wind joint venture to become the largest offshore wind supplier in New England. Read More

As a result of the exercise of stock options under the Company’s Stock Option Plan, and the settlement of share units issued under the Company’s Long-Term Incentive Plan, the Company now has 477,140,651 common shares issued and outstanding with voting rights as at March 31, 2022. Read More

U.S. Department of Energy (DOE) announced the Clean Energy Innovator Fellowship, a $6 million program that sends recent graduates and energy professionals to work at critical energy organizations to advance clean energy solutions. This program will help increase access to clean energy career opportunities across the country and accelerate the national transition to a resilient and affordable clean energy economy.

The Clean Energy Innovator Fellowship recruits talent from diverse backgrounds to spend up to two years supporting the work of eligible host organizations, which include public utility commissions, municipal and rural cooperative utilities, and grid operators, such as regional transmission organizations or independent system operators. Innovator Fellows will receive a stipend and an educational allowance to support host institution projects that will help decarbonize the U.S. power system, electrify transportation and industry, and make the power system more equitable and inclusive.   Read More–>

The start-up of Colibri follows the amendment to the Block 6 Production Sharing Contract for the Manatee field, marking yet another significant milestone in Shell’s growth strategy in country. This will allow for the delivery of gas both domestically and internationally through Atlantic LNG. Read More

Nel Hydrogen Fueling, a subsidiary of Nel ASA (Nel, OSE:NEL) has received an additional order from Hydrogen Technology & Energy Corporation (HTEC) for one H2Station™ hydrogen fueling module which will be used to fuel zero emission light- and heavy-duty vehicles in the Province of British Columbia, Canada.

“We are delighted to be chosen by HTEC once again as supplier for its hydrogen fueling solutions. HTEC is a market leader in clean hydrogen infrastructure solutions in North America, with 17 hydrogen fueling stations in operation or development in BC, Alberta, Quebec, and California. We are therefore extremely pleased to be considered as a preferred supplier. We look forward to support HTEC with the continued deployment of the hydrogen fueling coverage and facilitating the transition towards zero emission transport in Canada,” says Eddy Nupoort, Director of Sales, and Business Development in North America for Nel Hydrogen Inc.

The combined value of the purchase orders is approximately USD 1.5 million. The hydrogen fueling station (H2Station™) will serve light- and heavy-duty vehicles in the British Columbia region, Canada, and are scheduled to be operational during 2023. Read More

Nel Hydrogen Fueling, a subsidiary of Nel ASA (Nel, OSE:NEL) has received a purchase order from Biproraf, belonging to Grupa Technologiczna ASE, for one H2Station™ hydrogen fueling station. The unit will be used to fuel both light- and heavy-duty vehicles (FCEV) and forklifts in Poland.

Biproraf, who provides safe technologies and solutions for industry and economic infrastructure, and specializes in the design, supervision and construction of installations and facilities, will perform all the EPC work related to the project.

“We are pleased to be chosen by Biproraf to be the supplier of their first H2Station™ and we look forward to support Biproraf with this project ” says Lis Gammelgaard, Regional Sales Manager at Nel Hydrogen Fueling.

“If governments are serious about the climate crisis, there can be no new investments in oil, gas and coal, from now – from this year.”

Early this morning hundreds of supporters of the Just Stop Oil coalition blocked seven critical oil terminals near London, Birmingham and Southampton to demand that the UK government stops new oil and gas projects in the UK. [2]

The actions are being carried out by supporters of Just Stop Oil and Extinction Rebellion.[3]

Scores of people sat in the road to block oil tankers from leaving each site, while others climbed on top of oil tankers, including over 30 young people at the Navigator Oil Terminal in Thurrock.

The Just Stop Oil coalition is demanding an end to the government’s genocidal policy of expanding UK oil and gas production and is calling on all those outraged at the prospect of climate collapse and suffering from the cost of living crisis to stand with us. Ordinary people can no longer afford oil and gas, it’s time to Just Stop Oil. It’s funding war and killing people in the global south, while destroying the future for young people everywhere. Read More

In October 2021, Neste Corporation announced that it had signed an agreement to sell its existing base oils business to Chevron Global Energy Inc., a wholly owned subsidiary of Chevron Corporation. The transaction includes the NEXBASE™ brand, associated qualifications and approvals, and related sales and marketing business. As part of the divestment, the parties also agreed on a long-term offtake for Neste’s base oils supply from Porvoo, Finland. With the same date, Neste signed an agreement to exit its base oils joint venture with Bahrain Petroleum Company and Nogaholding.

The transaction has been approved by regulatory authorities, and has been completed on 1 April 2022.

Neste has also completed the exit of its base oils joint venture with Bahrain Petroleum Company and Nogaholding. Read More